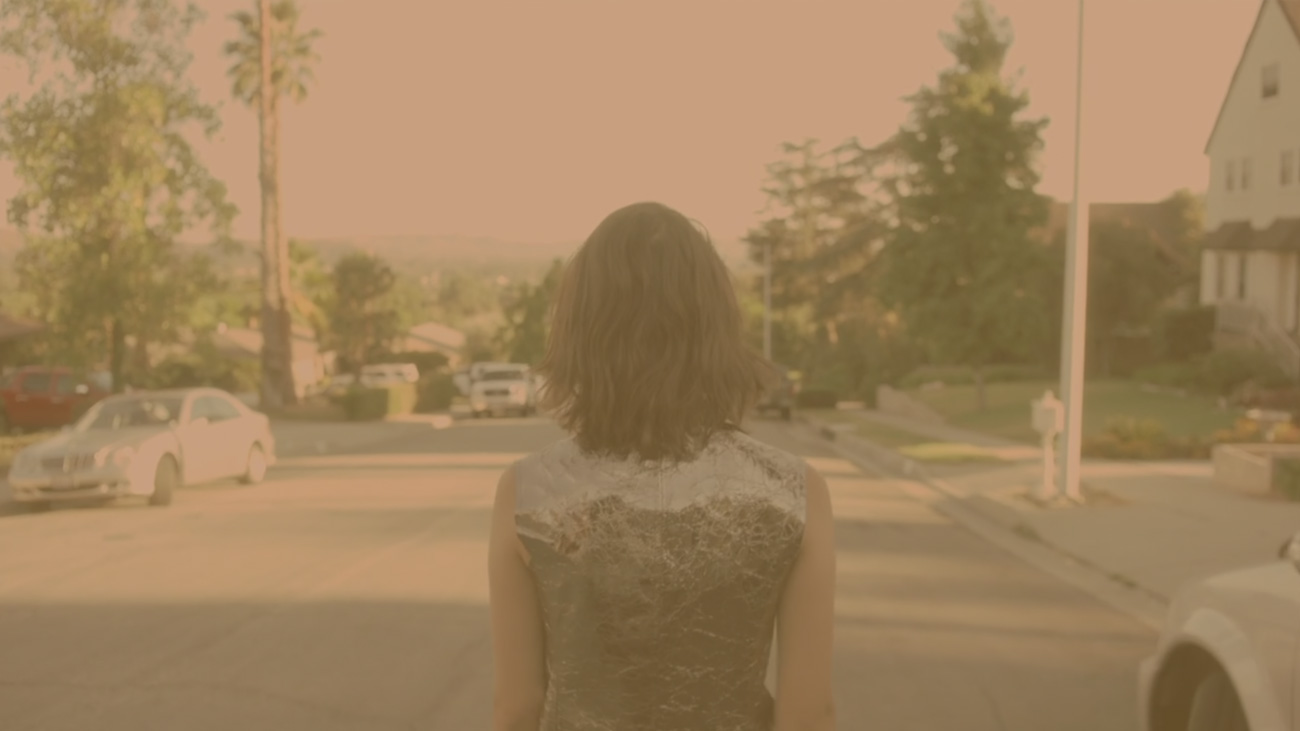 All fashion by Maria Dora.

Jonathan Reyes comes from a writing background, and only last season started migrating into photography and directing. “- I decided to help my sister out and start doing these little films for her – I feel that it is a cool way to build a brand identity, without killing the budget,” he tells us. His fashion film Duke is one of those films, and his first project on Ben Trovato. We had a chat with the multidisciplinary artist about his film:

How did Duke, and the idea come about?
“Duke” is slightly autobiographical, in the sense that it’s about growing up in the suburbs of Los Angeles. When my sister and I decided to collaborate on this project, we knew it was best to take it from a personal place – we actually shot most of the scenes in her subdivison. Maria had designed from a standpoint of looking at all these people we’ve grown up with, and stripped them down to a basic, minimal idea of identity and image. In response, I knew I wanted the stereotypical feelings of a suburbanite – disconnect, longing and boredom – to be evident. When I found the David Bowie interview clips, everything fell into place. It’s Maria’s first full collection, and he’s a huge recurring inspiration for her, so it just felt right.

Was there anything in particular the inspired or influence your approach to making the film?
Film-wise, walking around an empty neighborhood isn’t exciting, so I knew I wanted something with a large frame, to create an almost epic feel and sense of thoughtfulness. I looked at how directors like Kurosawa and Paul Thomas Anderson shot their films for inspiration on what kind of gear and lens to use, which lead me to think outside my comfort zone in terms of the various locations. Walking down a steep hill with a camera, in a dolly, isn’t necessarily easy to control, so that factored into the final product. But what I love about this film is that we experimented with stripping down the equipment for different shots, so that gives it a nice sense of movement.

Maja Hansen, the main character, looks beautiful and mysterious. How was she to work with?
Maja was great to work with. She was awesomely patient, and always on point with direction, I couldn’t have asked for anyone better.

Leila, as the stylist of this production set up to promote Maria’s clothes, how was your experience of creating Duke?
Working on this project was a wonderful experience because the creative discourse was so synchronized that it was almost like our parietal lobes were communicating telepathically… and that’s no joke.