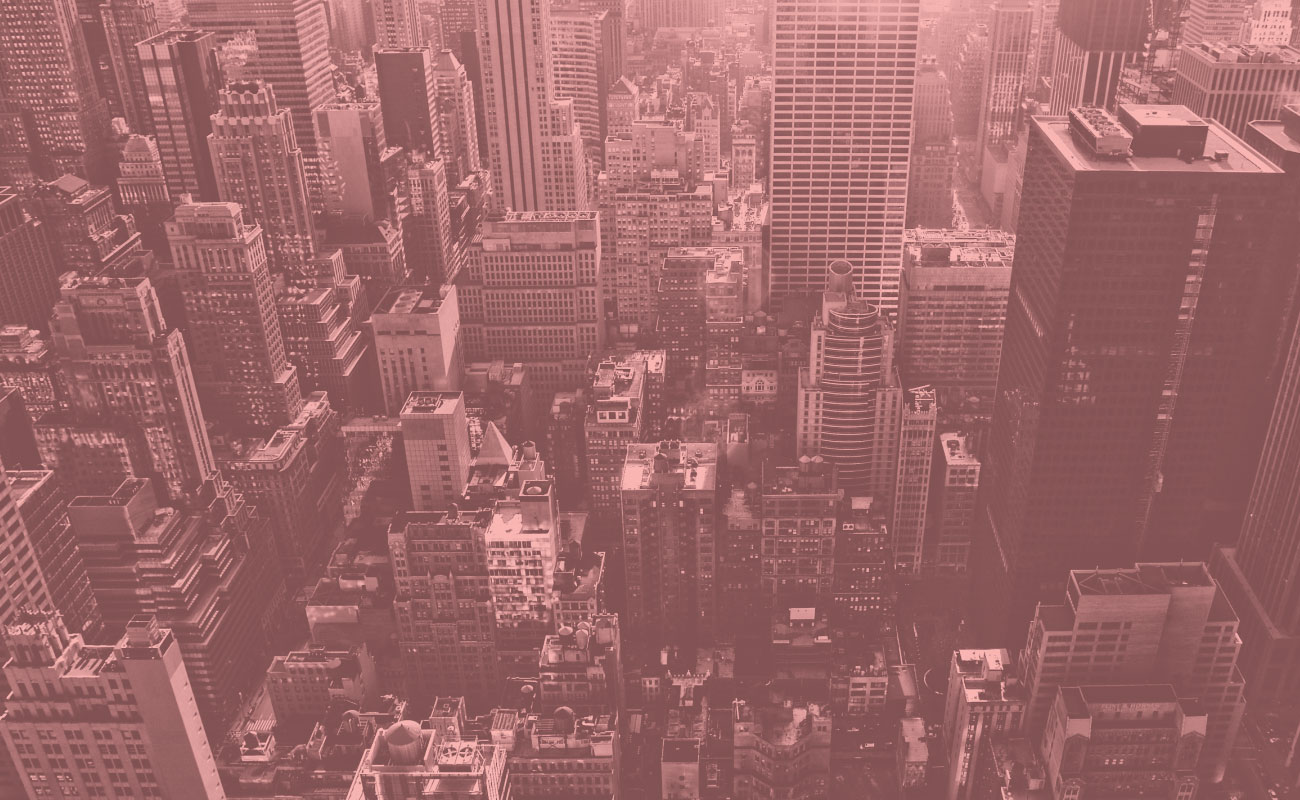 Ben Trovato is not only dedicated to showcasing up-and-coming fashion photographers/filmmakers and their teams. We are also constantly striving to extend our reach, push creative boundaries and work with the passionate people we connect with on a daily basis through our extensive network.

Earlier this year we embarked on an ambitious project to challenge the way fashion week is experienced online. A solution which would be embraced by the fashion elite including Victoria Beckham and Michael Kors to become the hottest sharing platform during New York Fashion Week.

It began in 2011 when one of our artists Bryant Eslava relocated to the big apple and we featured his journey in our story 30 days / 30 frames. At the end of the year Bryant was preparing for NYFW in February and we began thinking of sending more arising fashion photographers (Billy Rood, and Dilia Oviedo) undercover along with Bryant to give their unique view of the mecca for fashion. At the same time we ran across an article on Mashable, which highlighted that NYFW is near impossible to follow online, let alone experience. With the sheer volume of content flooding the digital landscape and no central trusted place to curate what was happening every minute from every possible angle, we began sketching.

February 9, our prototype Faces Of NYFW.com was born and after just two days there was such high traffic that the site temporarily crashed! By the end of the week the site has been recognised and awarded for world class web design and talked about by fashion icons, designers and market influencers. Proof of concept: complete. The next step was to do it all over again, bigger and better.

September’s fashion week is even more popular than February’s with the catwalks spilling out onto the sun bathed autumn streets - a streetstyle heaven! 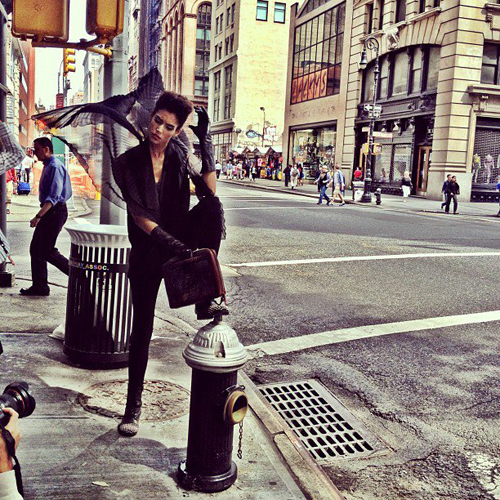 We wanted to exceed all expectations, knowing that we now had the industry’s attention after interacting with the likes of Betsey Johnson, Free People, DKNY and Calvin Klein.

We brought in three partnering companies to make this achievable.
Manhattan Magazine: Our SS13 publishing partner and New York City’s premier luxury lifestyle publication. They ran our full page ad in their September issue in tune with their mission to champion the absolute best of sophistication and style the city has to offer. 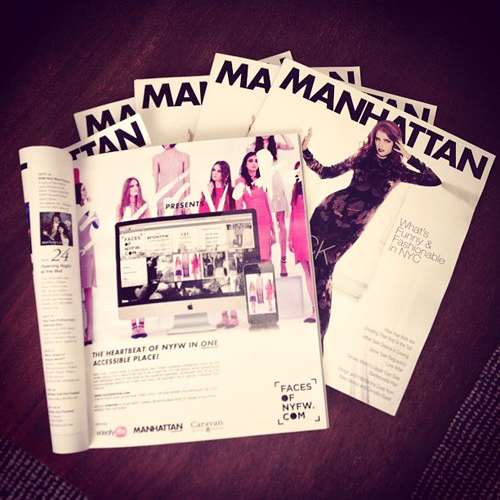 VideofymeMe; our SS13 social video partner. Their app allows users to make and share videos seamlessly from their phones, embed a slick player on their site and share in the revenue earned from each play. Integrating their API into our service strengthened our video coverage and helped us reach key players in the fashion blogging community.

Caravan Stylist Studio; our SS13 events partner. The Studio is run by the highly driven Claudine DeSola, with 15 years of PR experience under her belt. Her mission with the 2500 square foot loft space is to showcase fashion designers from around the world and infuse excitement into NYC’s Fashion District by bringing editors, bloggers, actors and musicians to the area. 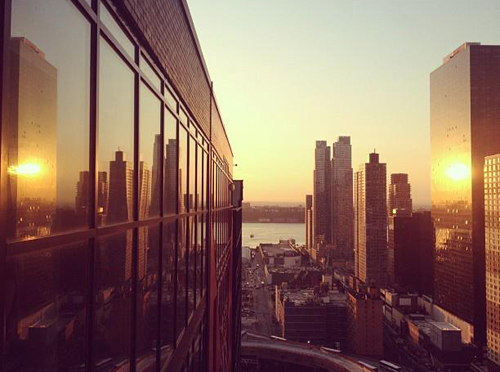 Our team (Marius Troy; Co-Founder, Daniel Butler; Co-Founder, Sara Djavaheri and Jenna Putnam) were based at Caravan Stylist Studio in the heart of the Fashion District for the entire week. A central venue for our team of photographers to meet up, hang out, work with quick fixes to images, and network with influential visitors who dropped by.

We hit the ground running co-hosting a VIP event during Fashion’s Night Out; at Sky Room, the highest rooftop lounge in Manhattan. On the 33 & 34 floors in Times Square the party was celebrated with 400 VIP guests, and the FONYFW site was displayed on big screens and projected throughout the space.

Our PR expert Lara Eurdolian (Pretty Connected) has been invaluable for our NYFW access and raising awareness. Mac Cosmetics, NARS, and CND amongst others gave us all-access press passes so we increased our exclusive coverage boosting our team from three (Bryant Eslava, Billy Rood and Dilia Oviedo) to ten highly individual upcoming fashion photographers (Several of them have been featured on Ben Trovato). The new faces were Michael Barr (LA), Aysha Banos (NYC) Mark Leubbers (NYC), Crystal Schreiner (Wis), Charlie Wan (NYC) Damien Krisl (Switzerland) and Alan Chan (Vancouver). A dedicated feature on these talents and their endeavours will follow.

Then after four days of steadily growing visitors the site’s traffic exploded when Victoria Beckham shared the site with her close to 5 million followers on Twitter. Suddenly everyone interested in NYFW online was coming to the site. Michael Kors, DKNY, Zac Posen and dozens more leading publications, models and fashiolistas followed the trend, sharing their fascination with their followers online.

Day five we co-hosted our second VIP event; a VIP blogger lounge with Fashiolista, gathering some of the worlds leading fashion bloggers under one roof. Head of fashion at Tumblr; Valentine Uhovski came to show his support bringing his blogging stars for this season including Bryant Eslava, and Mr Gif. We had a live DJ set by our very own Charlie Wan AKA Phosphor whilst Invited guests could sample new lines from USA Made designers, and celebrity portrait photographer Jen Graylock exhibited her face chairs art series collection.

Here are just a few that inspired conversations. 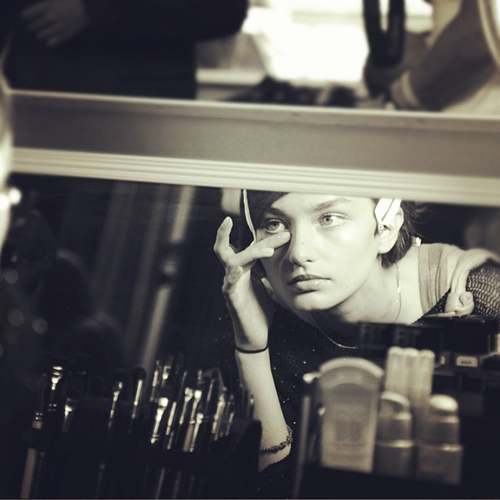 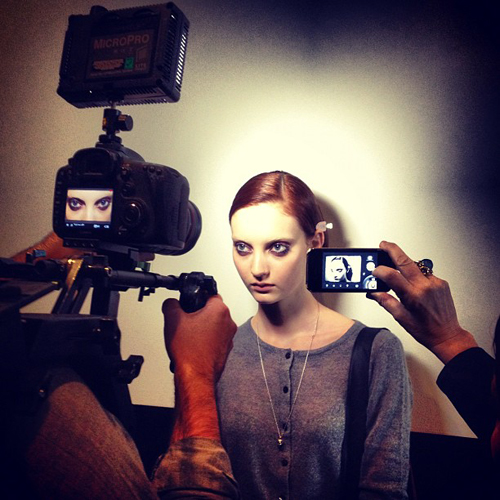 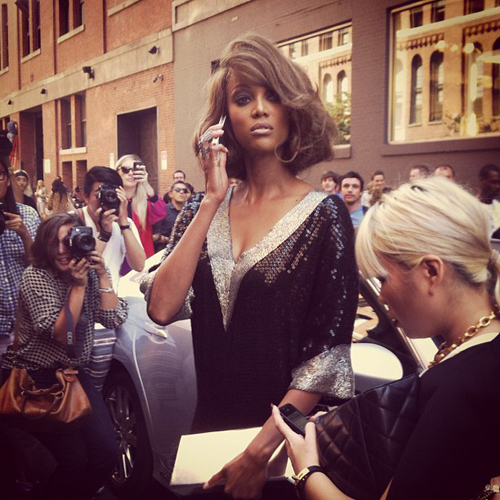 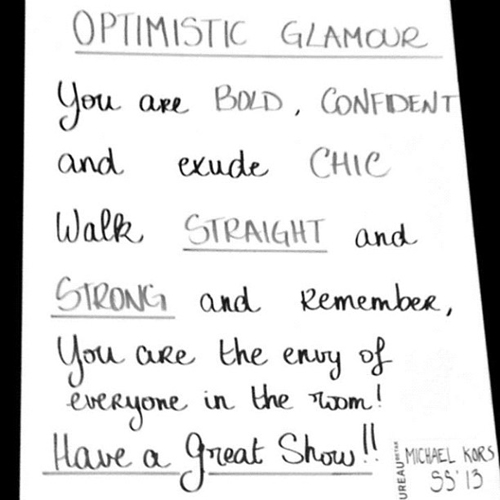 From the FONYFW team being present in NYC, the site has gained international exposure. IFB included FONYFW in their top 7 digital innovations for NYFW, Refinery 29 mentioned the #FONYFW hashtag in their article ‘the best of fashion social media’, and NYC’s fashion-tech startup facilitators Third Wave Fashion featured us in their roundup of their favourite digital moments. FONYFW ranks on page one in google search for NYFW.

We aim to become the No.1 place to experience fashion week online, adopted as the prime promotional and entertainment tool during fashion week.

FONYFW is now talking with the fashion elite such as Michael Kors, Ralph Lauren, DKNY, and IMG Fashion for next season and are looking to the next big cities to expand the concept to.

Pack your bags and join us for next season in NYC!

Photographers
If you would like to be considered to join next season’s (February 7-14) exclusive FONYFW photographer team, send us a mail telling us why you’re the sh*t! Impress us! You must be available in NYC for the duration of fashion week. Email fonyfw@bentrova.t[email protected], mark it with Photographer AW13.

Curation team
We are expanding our team of interns next season. Your prime responsibilities will include curating the live site whilst managing the FONYFW social media accounts. You will be responsible for interacting with world renowned designers, fashion bloggers, editors, creatives and market influencers. If you are a social media nerd fashiolista and wish to be considered, write us a mail, and remember to include your resume. You are a people person, have a keen attention to detail, take initiative, and have an abundance of energy. You must be available in NYC for the duration of fashion week.
Email [email protected], mark it with Team Member AW13.

Neither of the above but we need you? Tell us! [email protected]

Cover picture by Alberto Cassani. All other photos are collected on FacesOfNYFW.com after being shared publically.