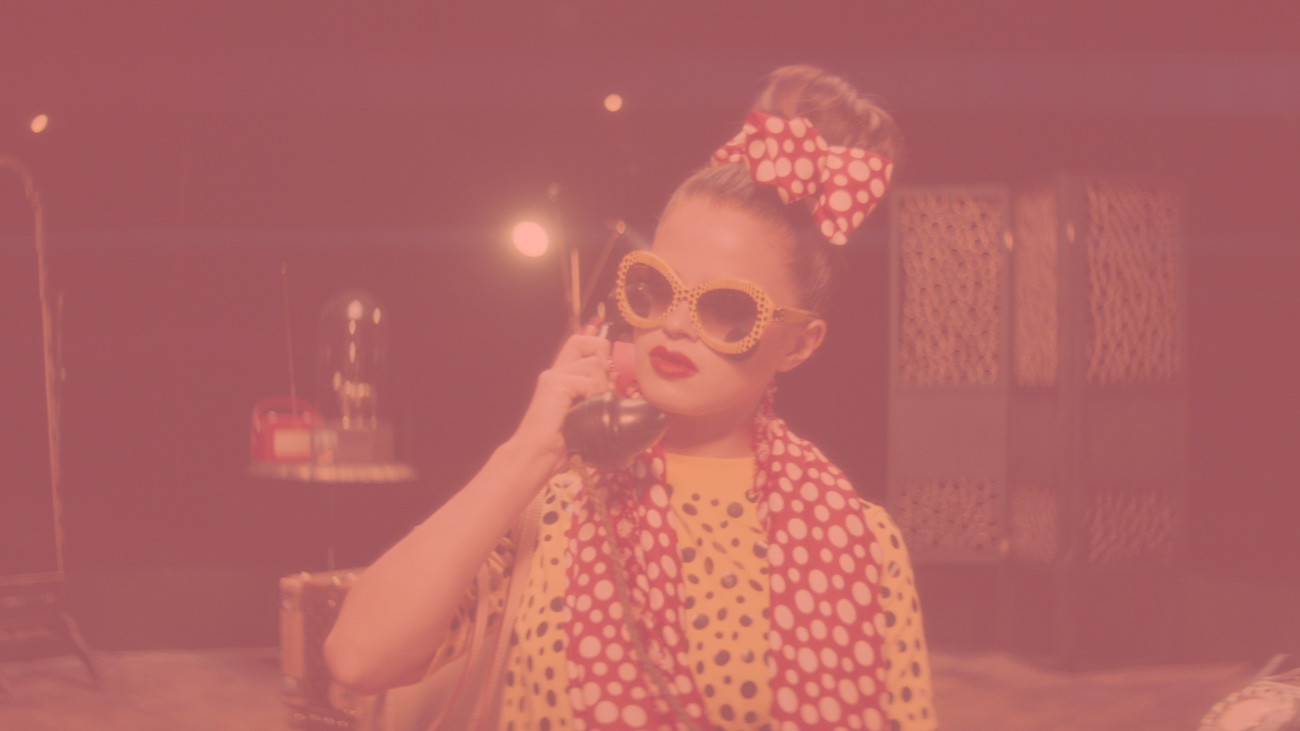 Ehsan Bhatti has shot for, among others, River Island, Burberry and Wonderland magazine. We have seen him in action at Ben Trovato before. He returns to direct Louis Vuitton’s fashion film Spot the Difference a celebration of the fashion house’s collaboration with Japanese artist Yayoi Kusama, and Selfridges.

Bhatti clearly relishes a challenge. The film was created to promote Vuitton’s blanket advertising campaign, which has involved taking over all Selfridges’ windows as well as the launch of a pop-up store. Bhatti not only faced working with Vuitton but also interpreting Kusuma’s work with the fashion house.

At 82, Kusuma is probably Japan’s most famous living artist, and it is she who has inspired the direction Marc Jacobs and Louis Vuitton have taken with this limited collection. Louis Vuitton, of course, has a history of working with artists. But in these designs they have pulled off their largest collaboration as such to date.

Kusuma is obsessed with infinity and sees polka dots as a means of exploring that concept. Polka dots, when used - literally infinitely - in her work as a visual device not only allow her to explore concepts of the infinite but have the additional virtue of making you look again at the otherwise familiar objects she portrays. Perhaps as a result, the collection is Louis Vuitton as you’ve never seen it before.

So the complementing fashion film had to reflect obsession, infinity and polka dots, as well as featuring the British blogger Bip Ling, whom Louis Vuitton brought in to star.

Bhatti initially decided to engage with this remit by creating five films and releasing one film a day but he came to feel the concept they were moving towards - Spot the Difference - was stronger between just two films.

The driving principle behind Spot the Difference is that no two polka dots are the same; each has a unique inner world. Imagine Bhatti putting each dot under the microscope in order to compare and contrast these worlds. Ultimately the concept is that the two dots are the same at the macro level but differ at the level of the micro or inner world.

Bhatti needed material for Bip Ling to enact within the inner world of each polka dot. For this he turned to a poem, ‘Love Forever’ that Kusuma had written to feature in the Selfridges’ windows. Bhatti’s narrative for the two films was a literal interpretation of this somewhat nonsensical poem. The theme of getting dressed up, contained within the poem, was a good choice as it could a) be performed by a non-actor (as Bip was) and b) was a simple enough scene to facilitate the illustration of differences.

Bip’s quirky features are a great choice for the doll-like character at the center of the action. Bhatti says with regard to working with Bip that… ‘It was different working with someone who is not a trained actor but she got the first film in fewer takes than we thought, and nailed the second film on the first take. She had the challenge of meeting her movement cues every time and maintaining her doll-like character. To be honest many models tend to freeze up in front of video, their training is to keep themselves as still as possible. She did a great job.’

Bhatti worked with production company White Lodge which specializes in fashion film. Bhatti explains that they ‘understand the making of fashion films – they want to create beautiful images but at the same time they understand the film-making process.’

The film was shot in Black Island Studios in London. The large space was furnished to create the impression in the film of a surreal, infinite void. The fluidity of the film’s single take then creates for the viewer a circle or polka dot within this space. Each film duplicates the same single take, with the camera circling around the inner world of each polka dot, and both films begin and end in the same place in the take, with the scenes differing slightly as they are portrayed within each polka dot.

The lighting also enhances the concept of the outer void and of the inner intimate space. Of particular note the distant festoon lights give a sense of infinite depth to the darkness surrounding the polka dot.

Within the dot itself the lighting (inspired by Kusama’s red palette) consists of practical, red lamps, and above it all a spotlight hangs from the heavens, simultaneously creating and illuminating the inner circular set of the polka dot. The result is ethereal, surreal. Essentially the film portrays a girl dressing up in her room but the feel is kooky, theatrical, irresponsibly fantastic.

The score and the reverb-y voice-over are keys in the creation of this atmosphere. Bhatti sourced music with a marching repetitive rhythm (Add N to (X)) and layered it with subtle yet quirky effects. For ‘romanticism and for feminism’ he softened the score using a live recording of violins (composer Frank Pescod, violinist Holly Mclatchie).

Bhatti’s career started off in architecture, followed by graphic design. This led into short films, one of which was nominated for a Smalls Award and another was highly commended in a Tank Magazine/Swarovski competition.

Bhatti has chosen to focus on fashion film, still in its nascent form, “seeing great examples of such as being a potent mixture of the engaging, interesting and aspirational, through the use of rich visual texture and of a hook or narrative.”

If this sounds like a well polished if truthful answer, the proof, as always, is in the pudding. These two films do not in the end actually stray far from Kusuma’s work. In the very best sense they take on her ideas (as also celebrated by Vuitton’s collection) and inspired by them, create their own work of art.

The spot the difference game draws in the viewer from the outset but the films don’t need it. They amount to some of the best fashion film-work to date – great narrative, set, style, lighting, camera-work.  If this is the pudding, Bhatti is clearly a master of the current fashion film form.