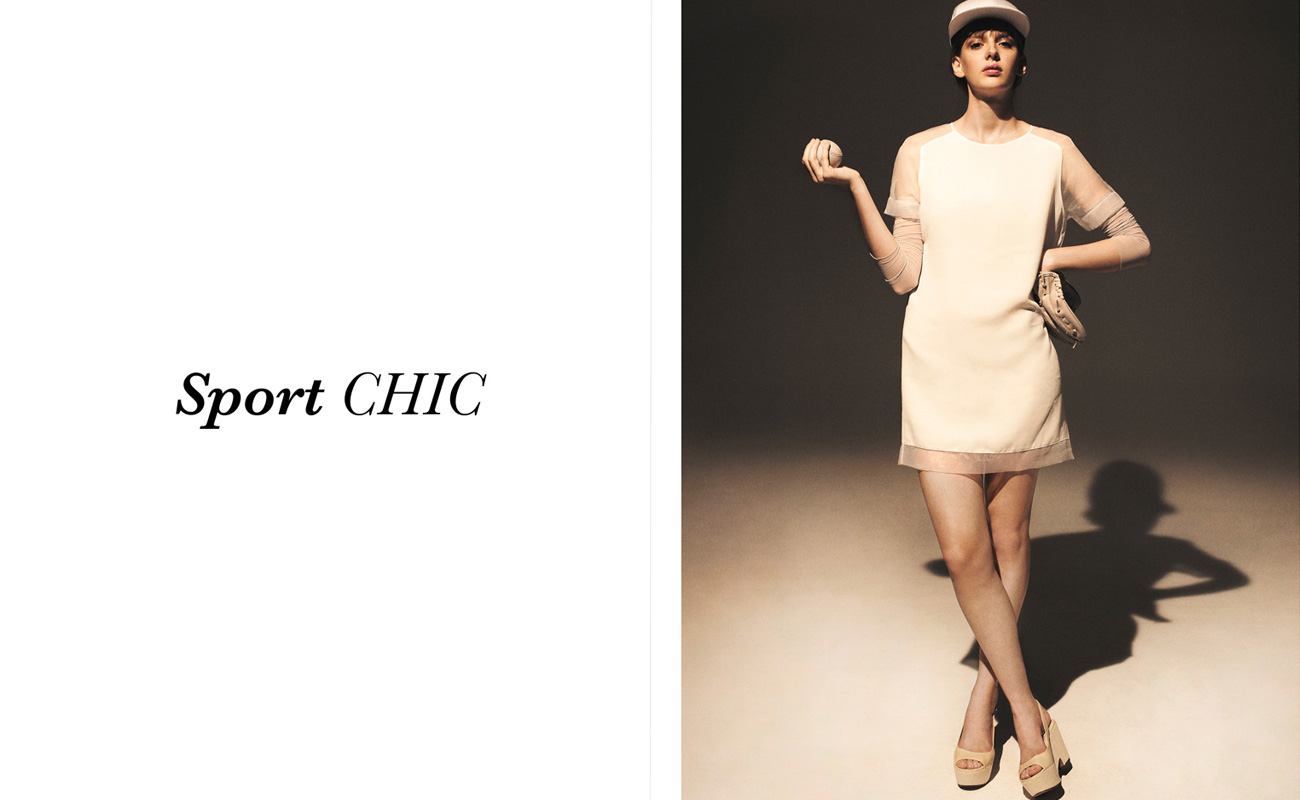 Dress by H&M, Shoes by Mango. 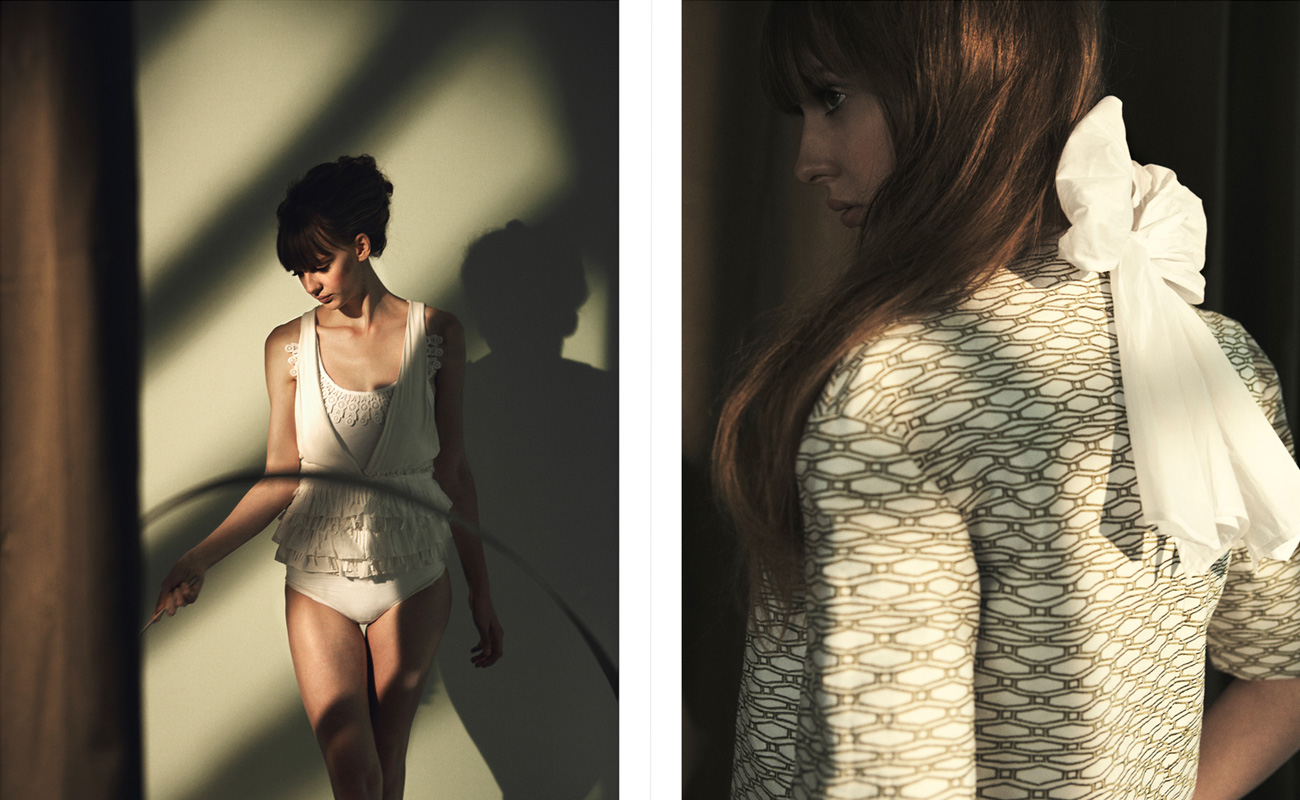 Left: Vest by ZARA, Body suit by TRIUMPH. Right: Jacket and blouse by COS. 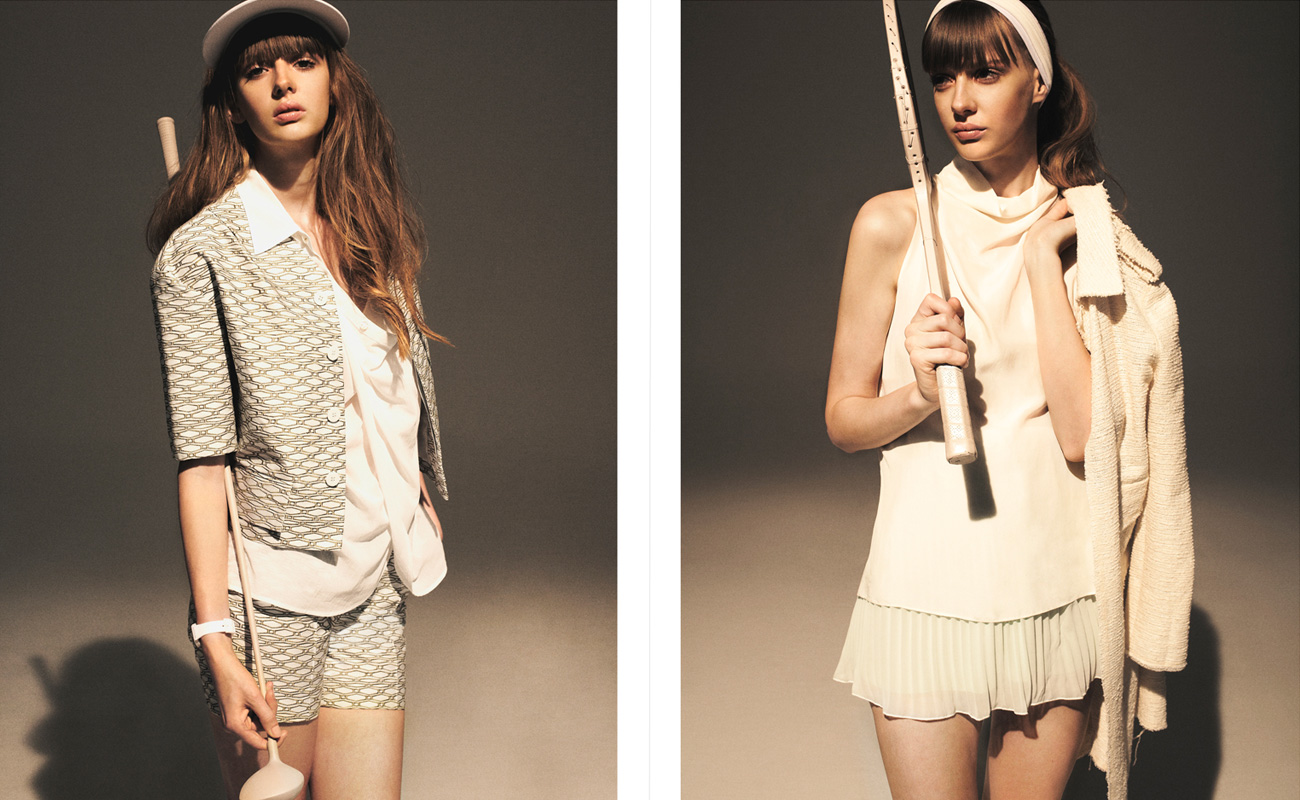 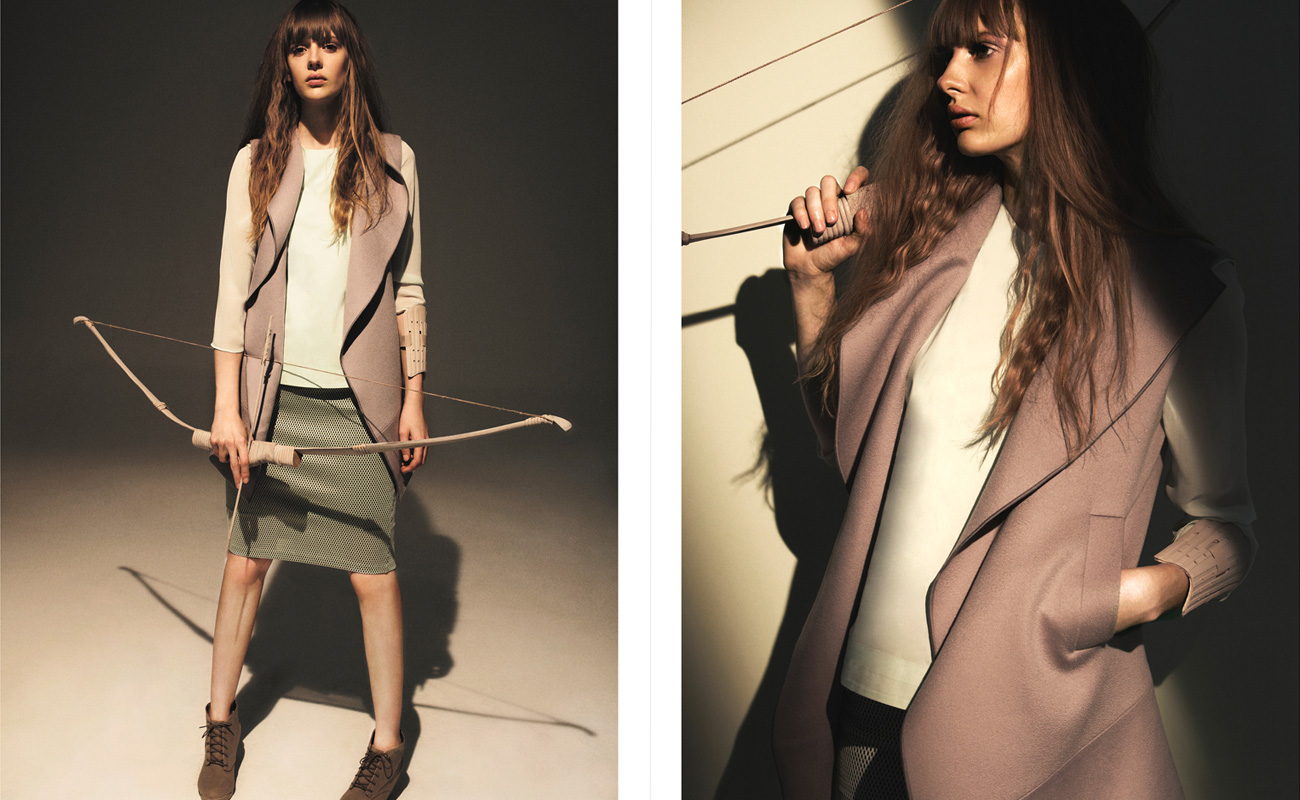 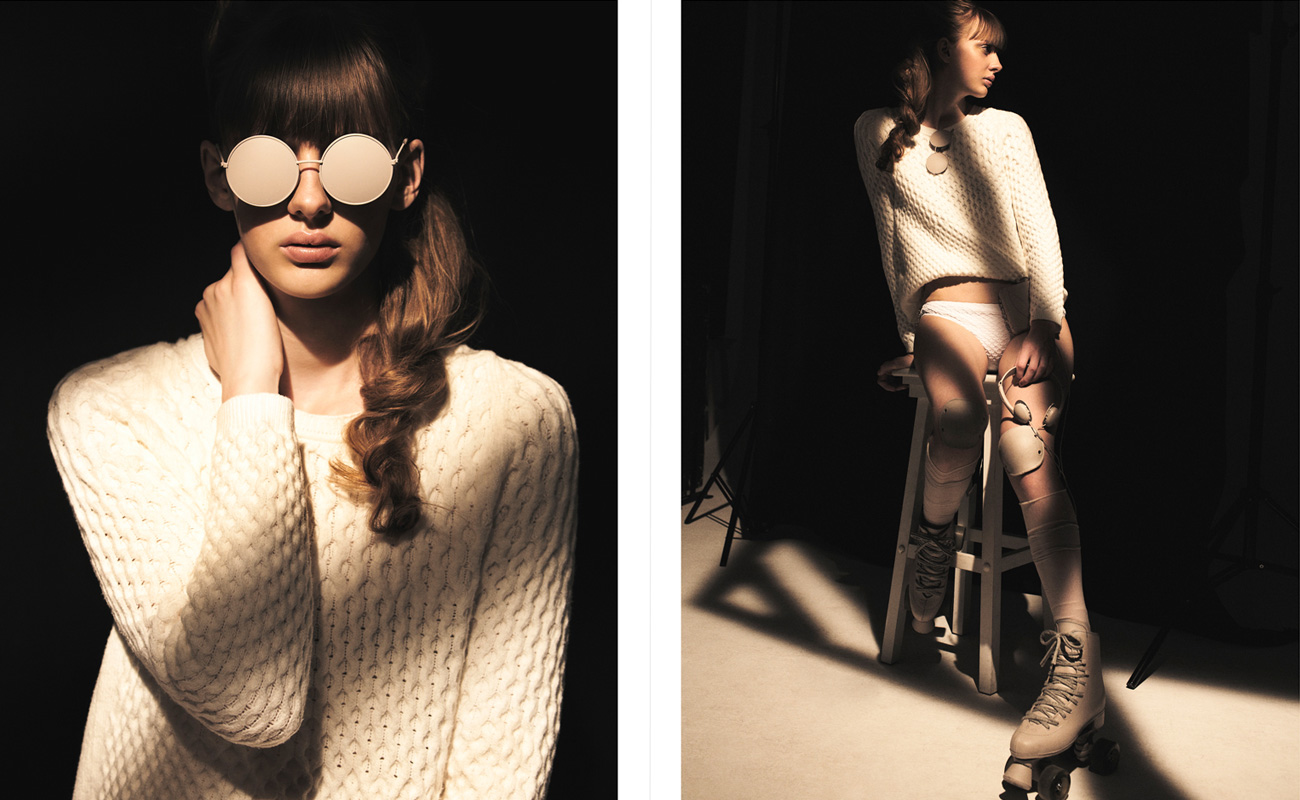 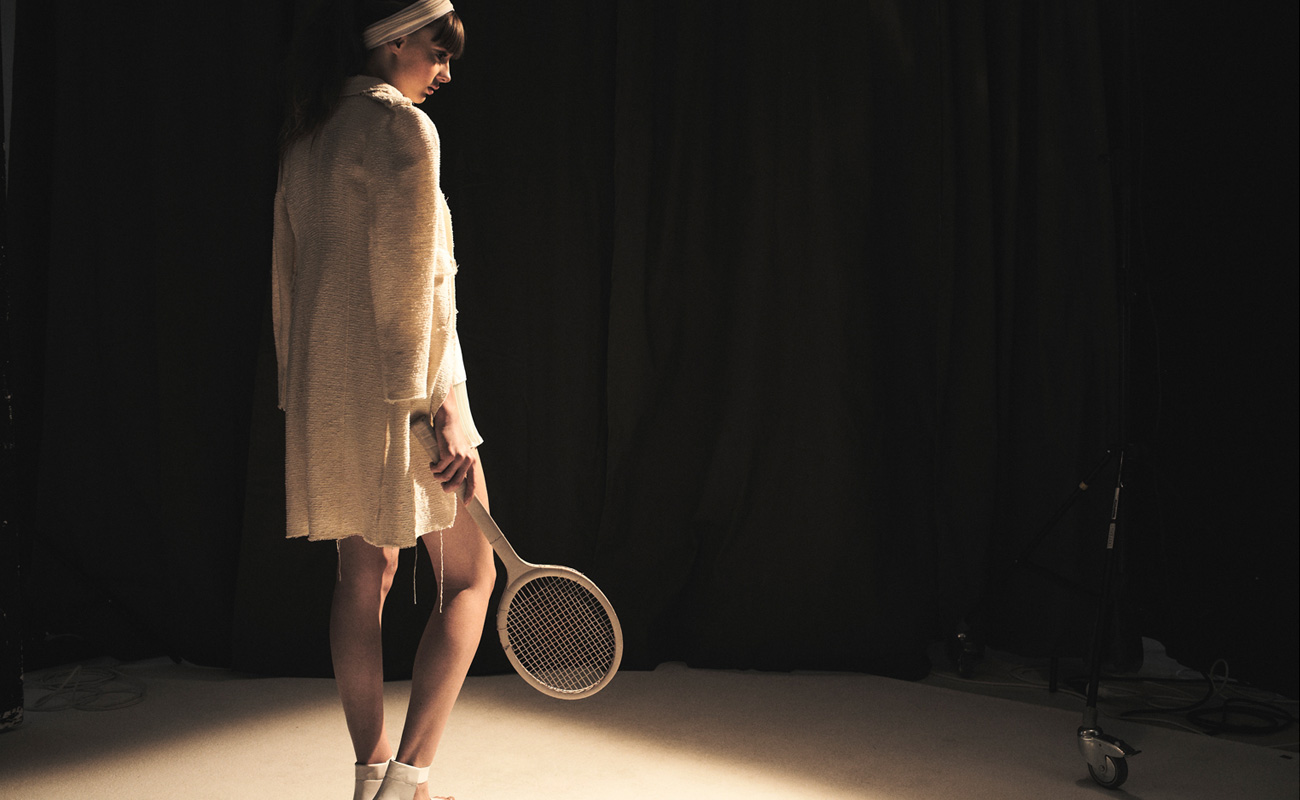 Coat by Zara, Shoes by COS.

As for many others, German photographer Michael Wong‘s journey towards fashion photography is one filled with luck and coincidences. He bought his first camera in 2008 that he brought with him on a trip across Canada and the US, shooting landscapes and the occasionally portrait along the way. Some time after arriving back home in Munich he was asked by his hair stylist cousin to shoot some photos of a model for him. “- We put a her in a weird self-made purple colored dress and that was somehow my first experience and the beginning of the story,” Wong recollects. Today we are unveiling his first ever Ben Trovato story, and we took the opportunity to ask the now Cape Town based artist a few questions about Sport Chic:

Could you describe the story and your thoughts behind it for us?
This is one of my works which has no deeper meaning because it’s just a synergy of various superficial influences. One day i had the desire to work on an elegant fashion story in special way. A few days later i met up with Laura and Carolin (Both were the stylists for this story) for a dinner and we tried to carry our ideas together to a conclusive story. At the end we decided to combine fashion with sports in an elegant way. The girls composed six different outfits which represent six categories of sports. Each outfit shows typical elements and characteristics of those sports. I’m a big fan of natural light and i always try to manage my shootings with a maximum of one or two light sources if possible. When I was working on this story I thought about hard light sources which resemble the light from a sunset. Tina created the matching make up and hair styles therefore.

Were there any prominent sources of inspiration that influenced your approach?
I think that i didn’t have something like a major source of inspiration when shooting the story, but if i have to name something or someone then it’ll be Peter Lindbergh. Peter is an all time inspiration for me. Generally speaking, I think that each idea contains some kind of process. Each process is subconsciously influenced by everything you perceive in your everyday life. Someday you’ll recollect some of the these wonderful little things you almost forgot and start putting them together to a new idea… It’s like a jigsaw puzzle which is based on your own imagination of what photography should be. This is how the game works me for me, over and over again…

Model Amelie Doll looks gorgeous, did you always have her in mind for the shoot?
First I had sent a bunch of requests to many agencies until we found the model who fit to our theme. At the end the agency from FashionModel.it offered us exactly one model and that was Amelie. We saw her photos and we knew immediately that she would be the right girl for our story and she did a wonderful job.

What about the rest of the team? Have you worked together before?
I think that shooting a fashion story is like reaping the fruit of one’s labor. It always needs a lot of preparations and planning in advance but I had an awesome team helping me out. It was the first time that I had worked with Amelie and Tina but they did an absolutely great job. The rest of the team are friends of mine and we have worked together many times before. I’m very thankful to have such fantastic friends and it’s always a pleasure to work with them!

Could we get a short comment form the stylists on the wonderful sporty styling?
As Michael told before, we wanted to show elegant fashion in a special way. Classy and sporty fashion usually don’t go hand in hand but our challenge was to combine it.

We chose many exclusive and elegant pieces which reminds of various sports by its silhouette, special features and combinations.

All sport equipments are sprayed in a uniform color which functioned as accessories in the background. Nevertheless they are needed to recognize all the different disciplines for the first sight. They run like a golden thread through the editorial. Without these props they could just be normal elegant outfits in a fashion story which only have a subtle touch of sportiness in their details.