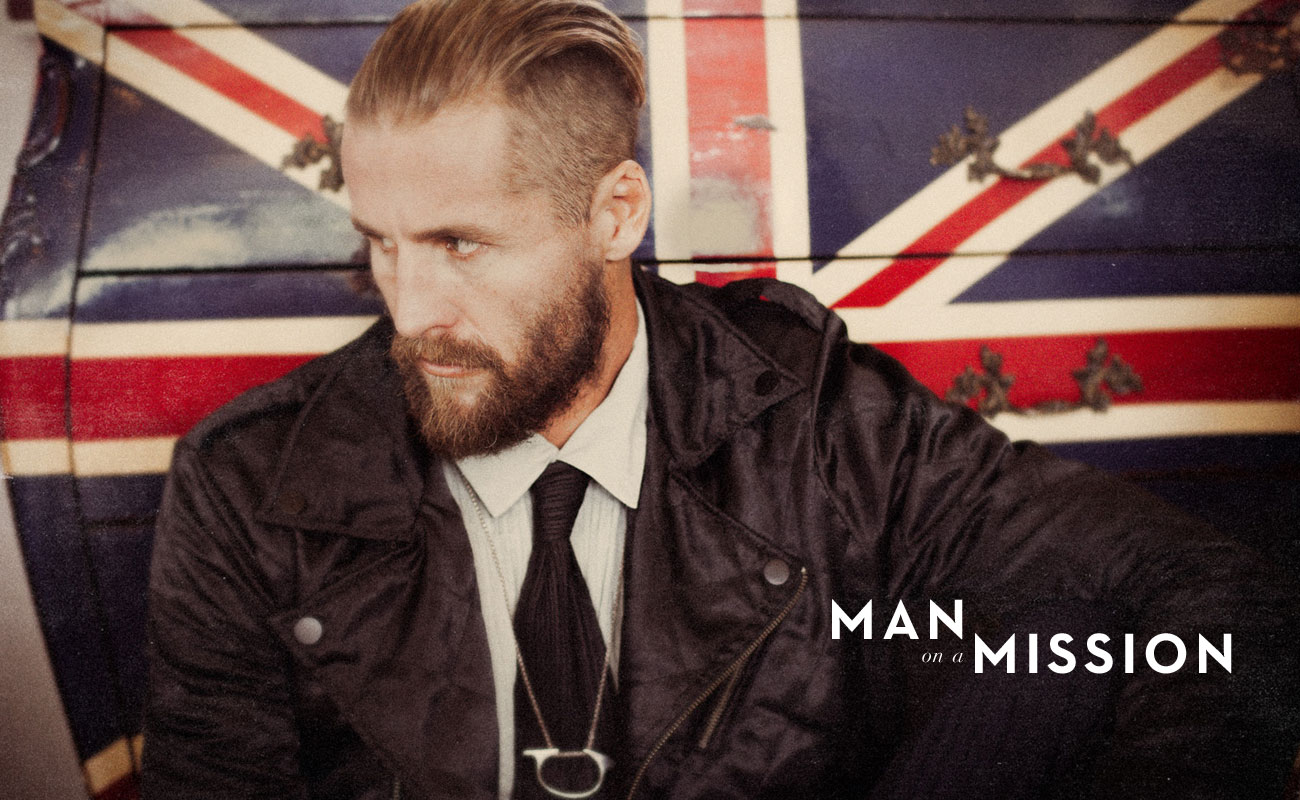 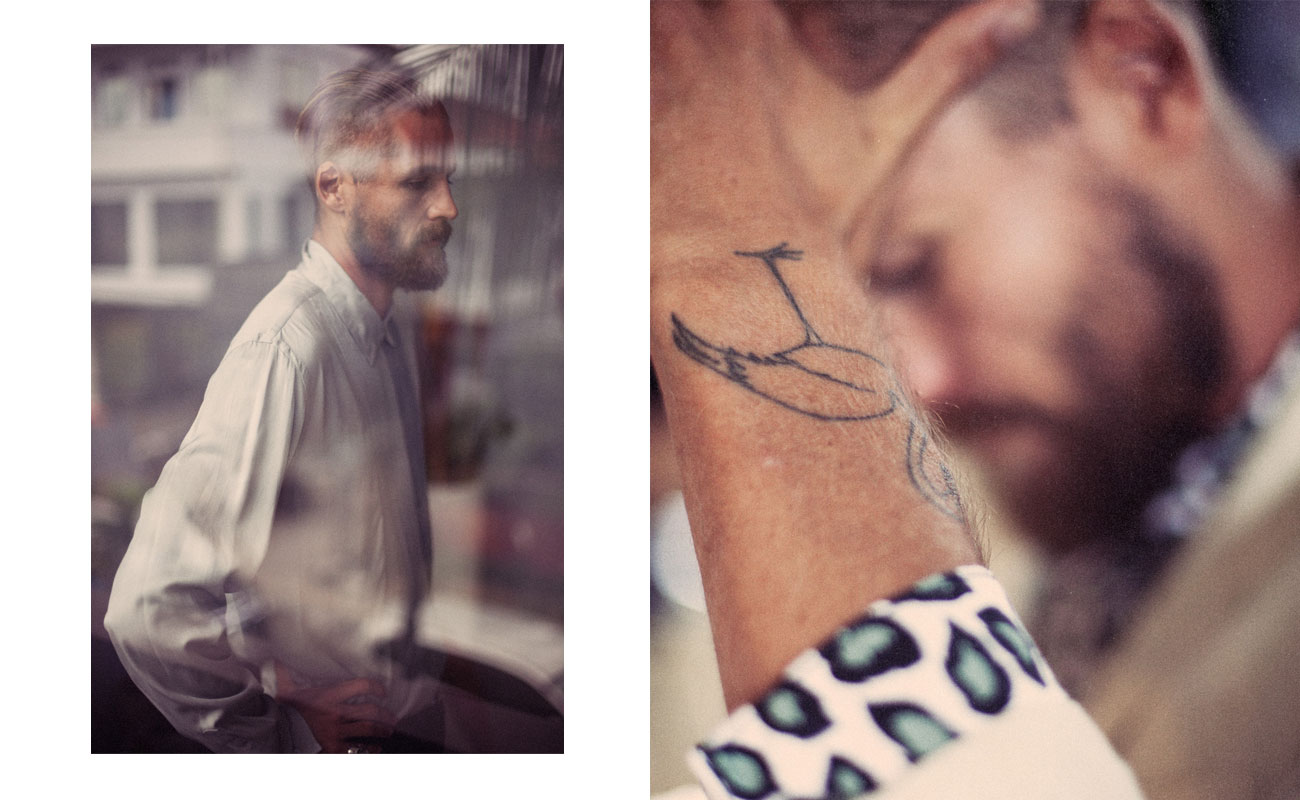 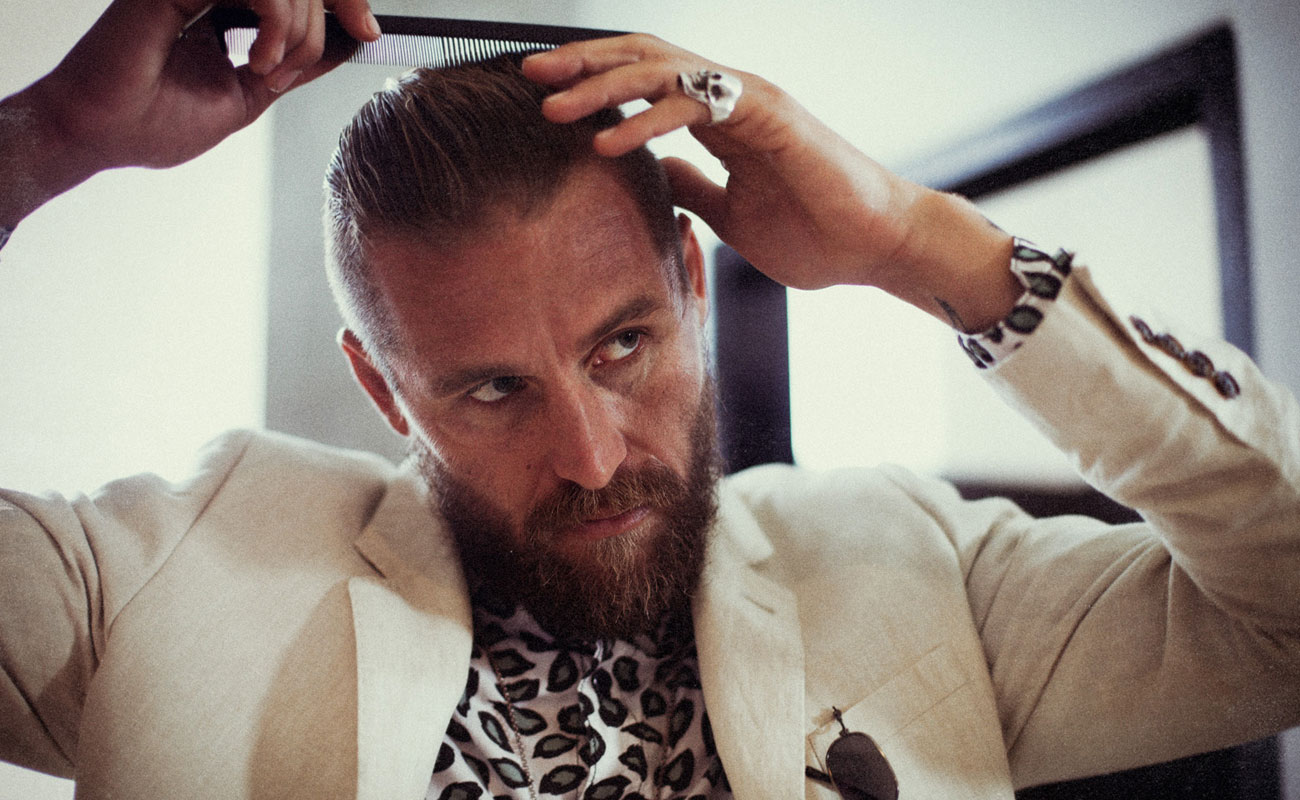 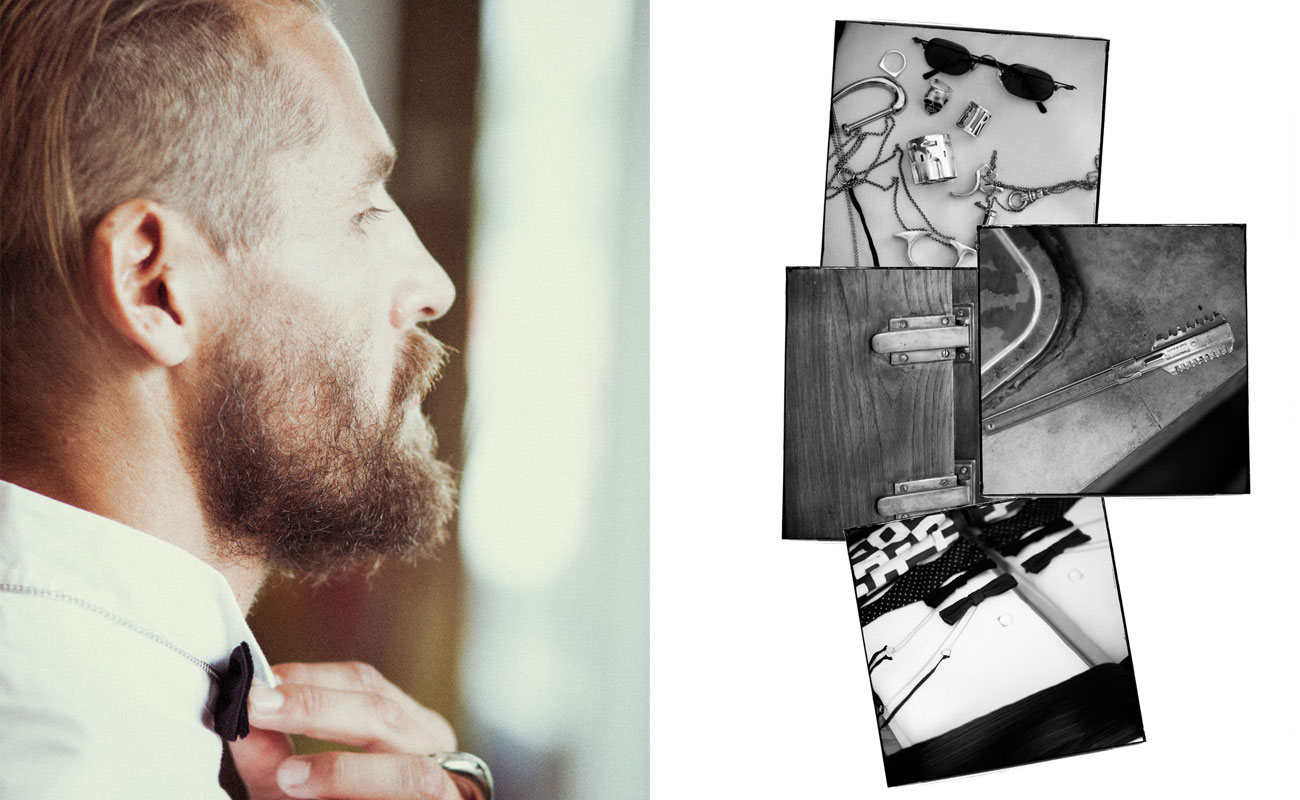 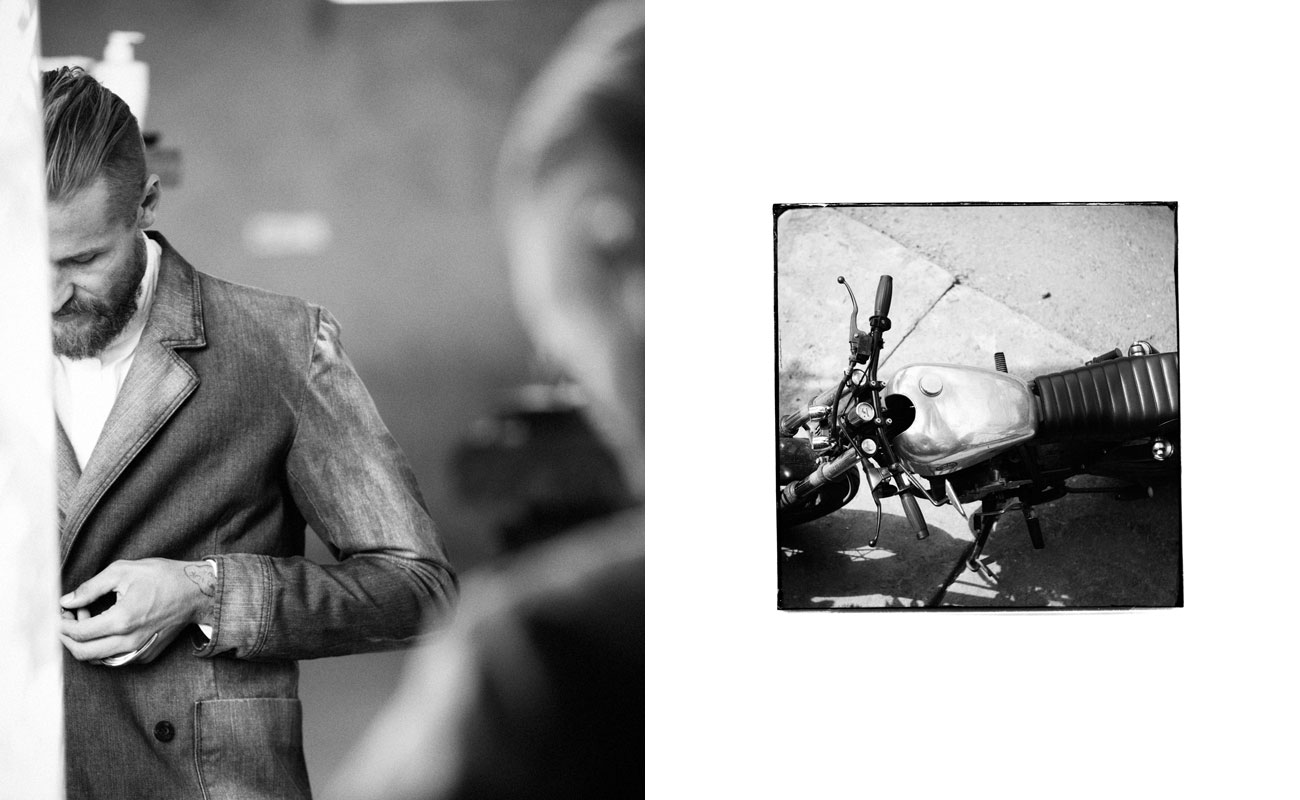 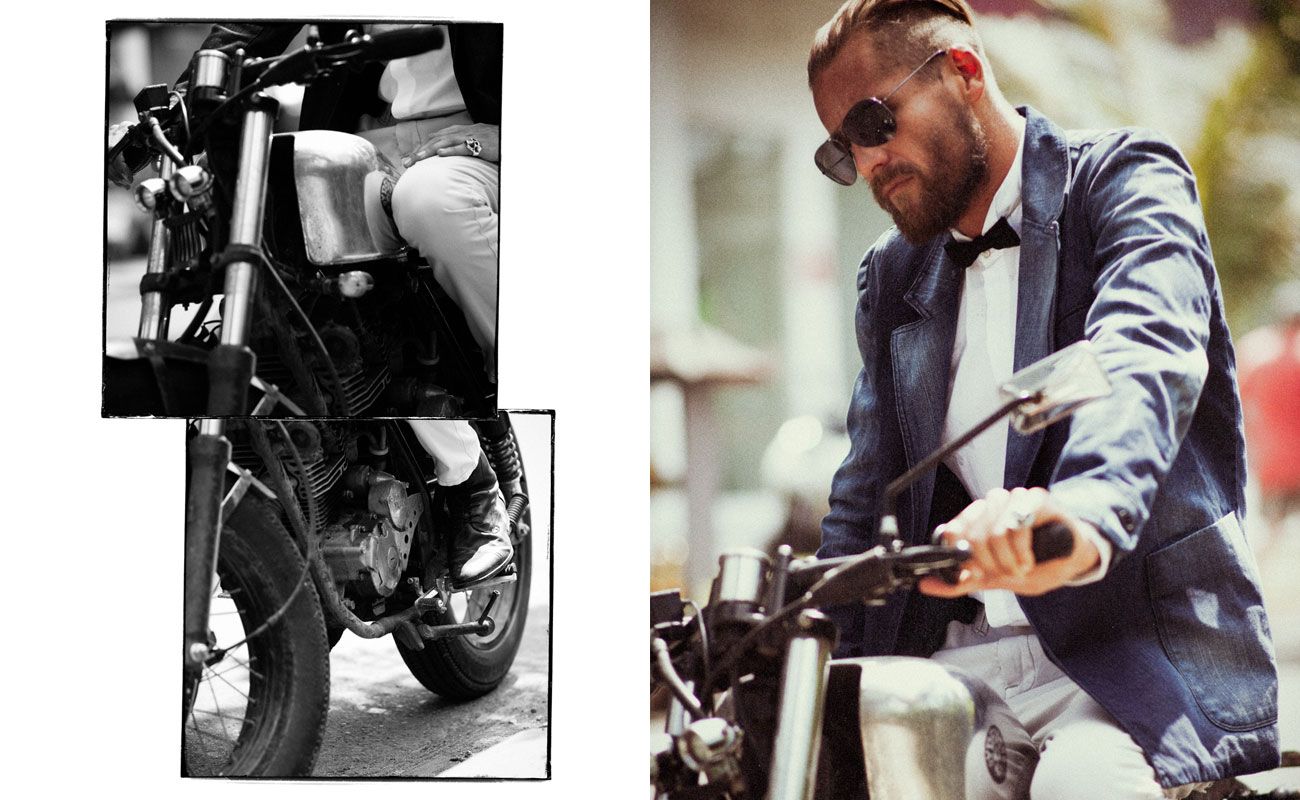 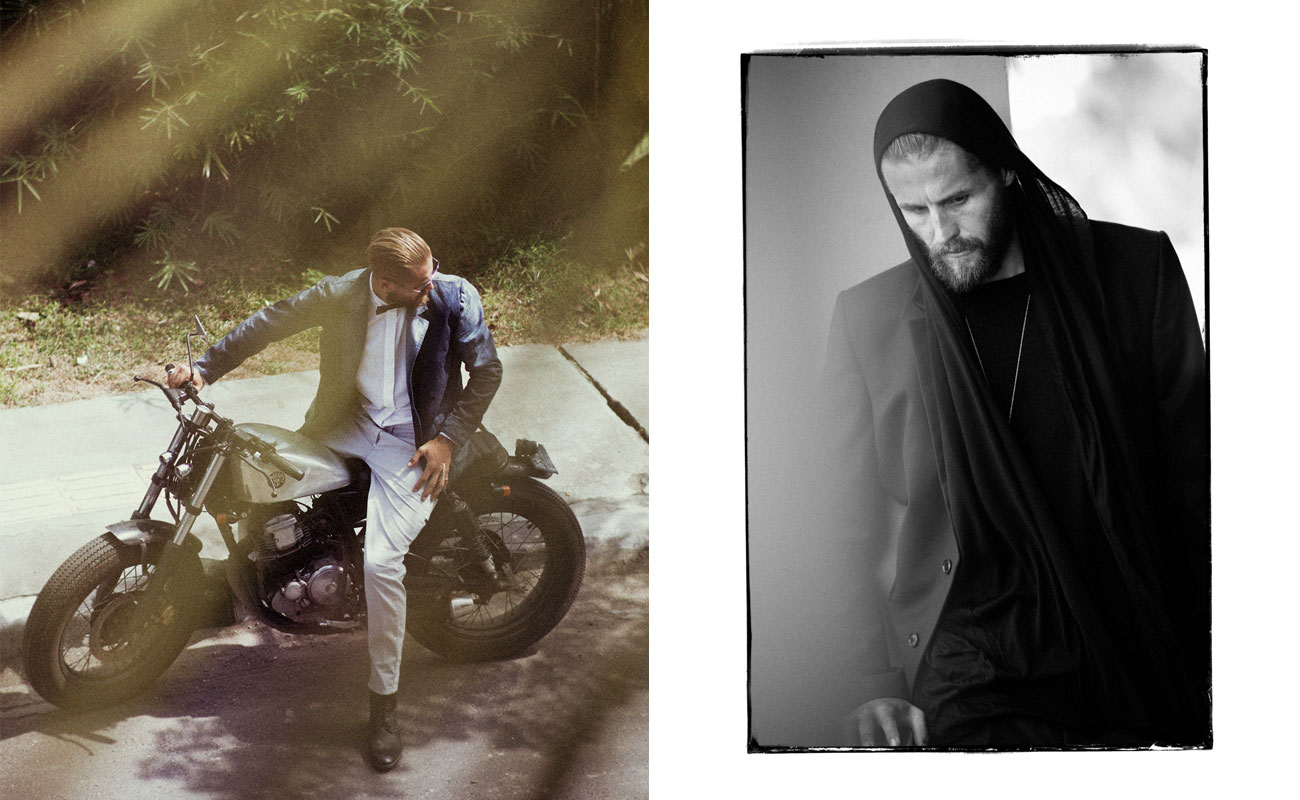 “Man On A Mission tells the story of the ultimate badass. He’s tough and stylish, with a mean attitude, but at the same time he portrays something melancholic,” says photographer Simen Platou, who was just featured on Ben Trovato at the beginning of summer. And with the model’s name being Luke Stedman, how could you go wrong?

Platou told us that the stills were inspired by Guy Ritchie films and novels by Mario Puzo: “- It’s grungy and rough, rather than polished and perfect”. It’s clear that the story portrays a man who is a thinker, a bit deviant and mysterious: “- While he is getting ready for what he is about to sort out, we meet him in a place of thought and concentration, and it becomes obvious that his mission is one of importance,” says Platou, adding: “- It seems his determination and control is growing throughout the story, and when he gets on his bike, he is ready.” Life on the road is something we all daydream of, and just as writers like Che Guevara or Jack Kerouac have brought these scenes to life, photographers like Jason Lee Parry, Michael Schmidt, or Scott Pommier can do the same.

Stylist Maikhanh Bertrand incorporated pieces from Instead We Smile into the different looks. “All men, both young and old, should wear suits. In this shoot I tried to show that a tailored suit can be cool and still sharp. By definition this ensemble is very smart and sophisticated but in mixing fabrics and colors, it stays modern,” he explains. The hair and grooming was done by James Sutton at Essensual Hairdressing, where some of the frames were shot, pulling the sequences together.