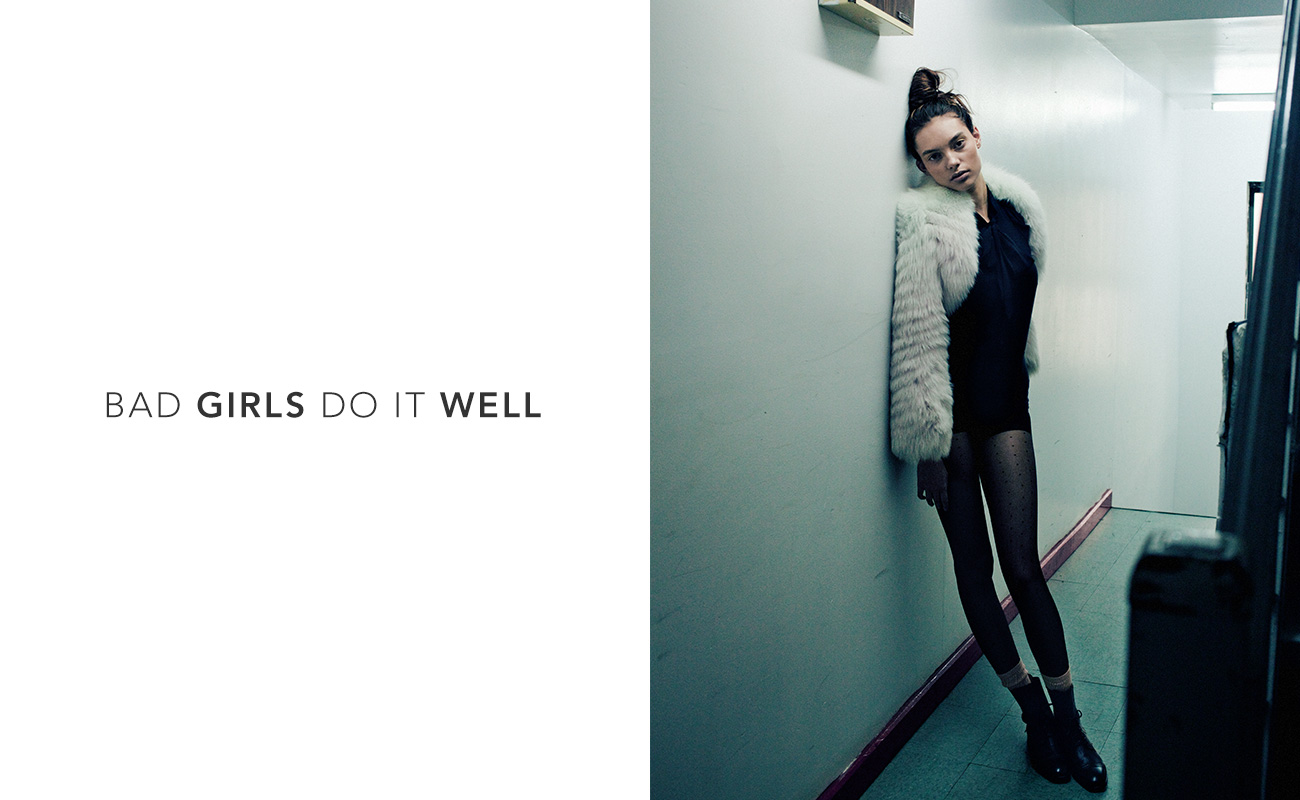 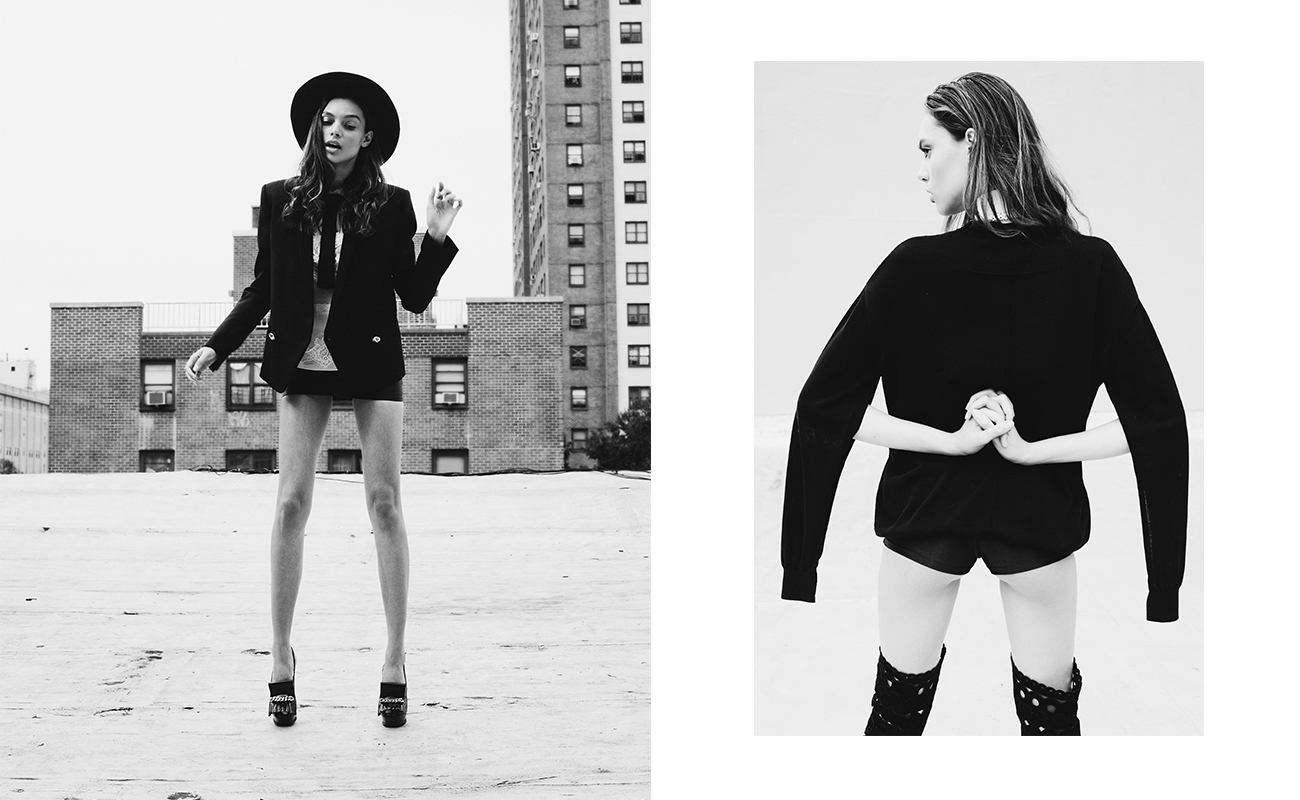 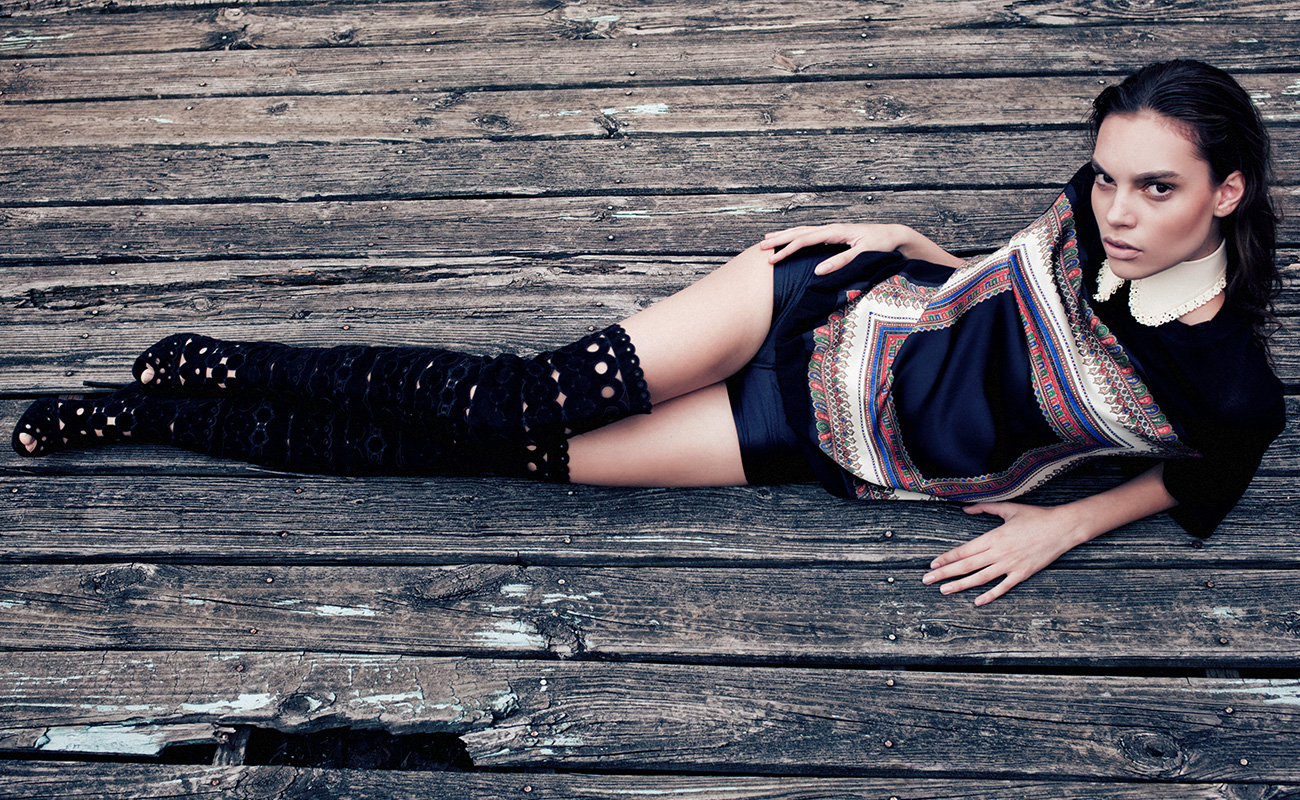 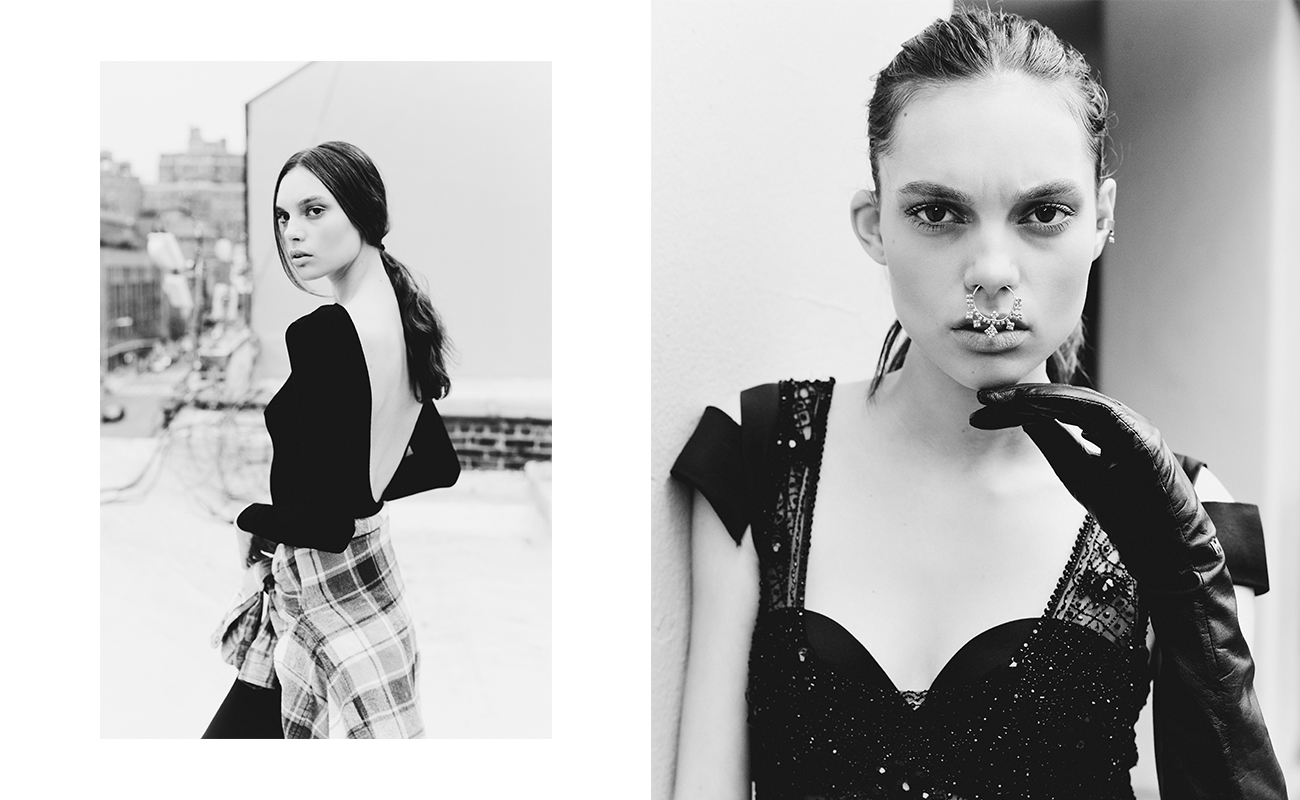 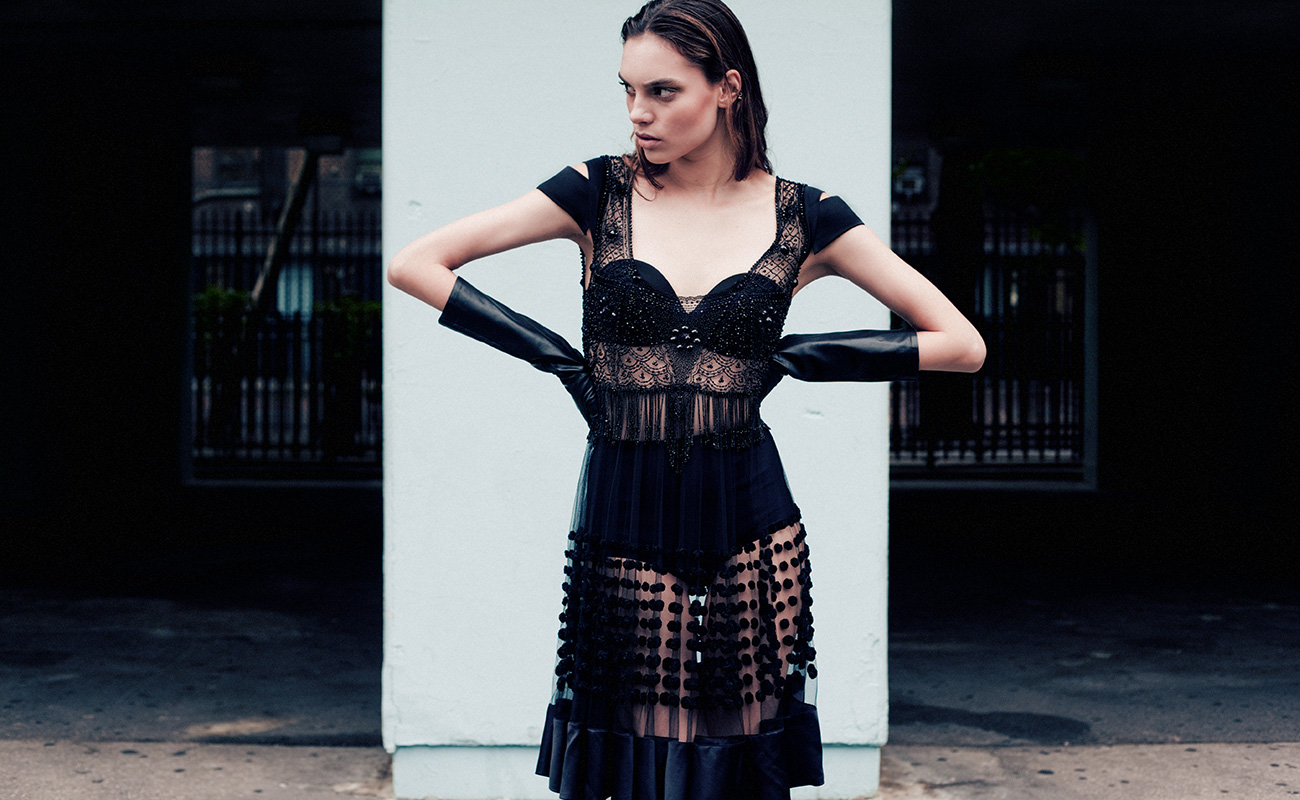 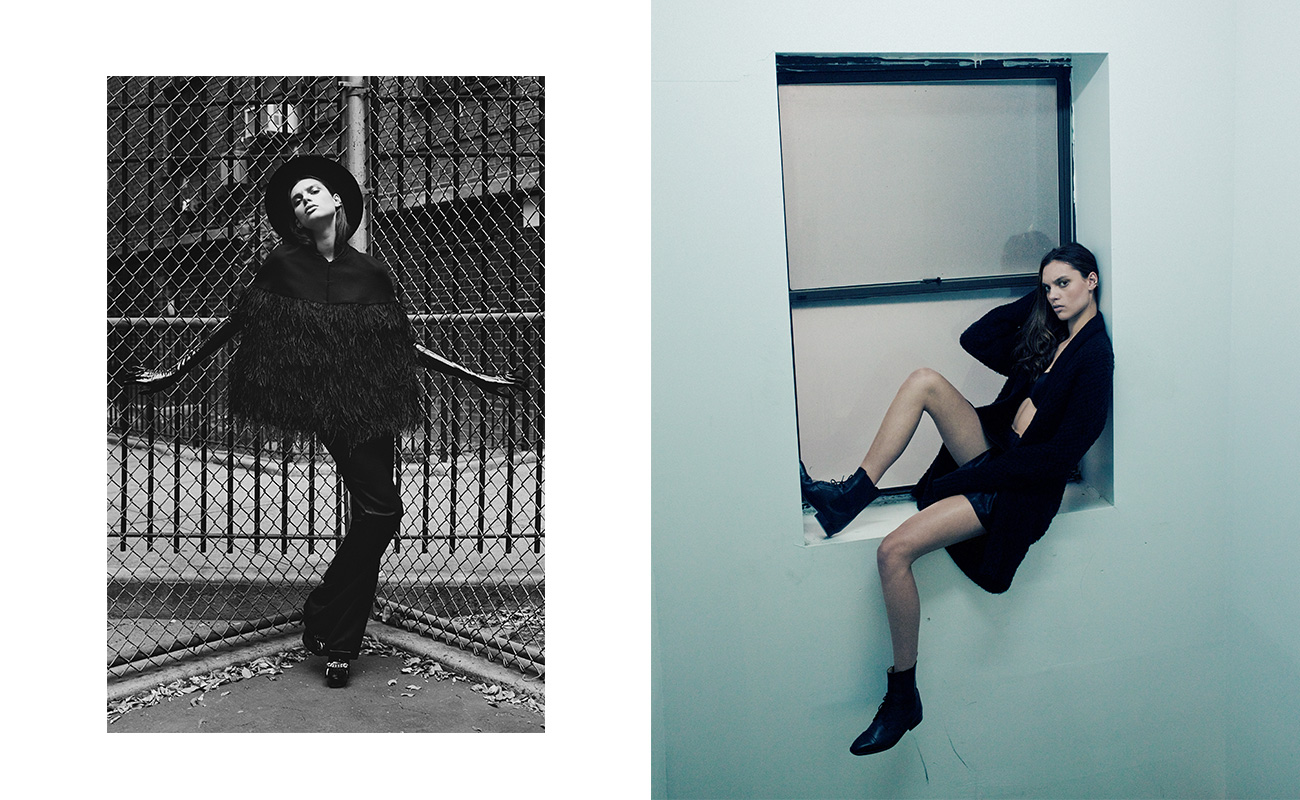 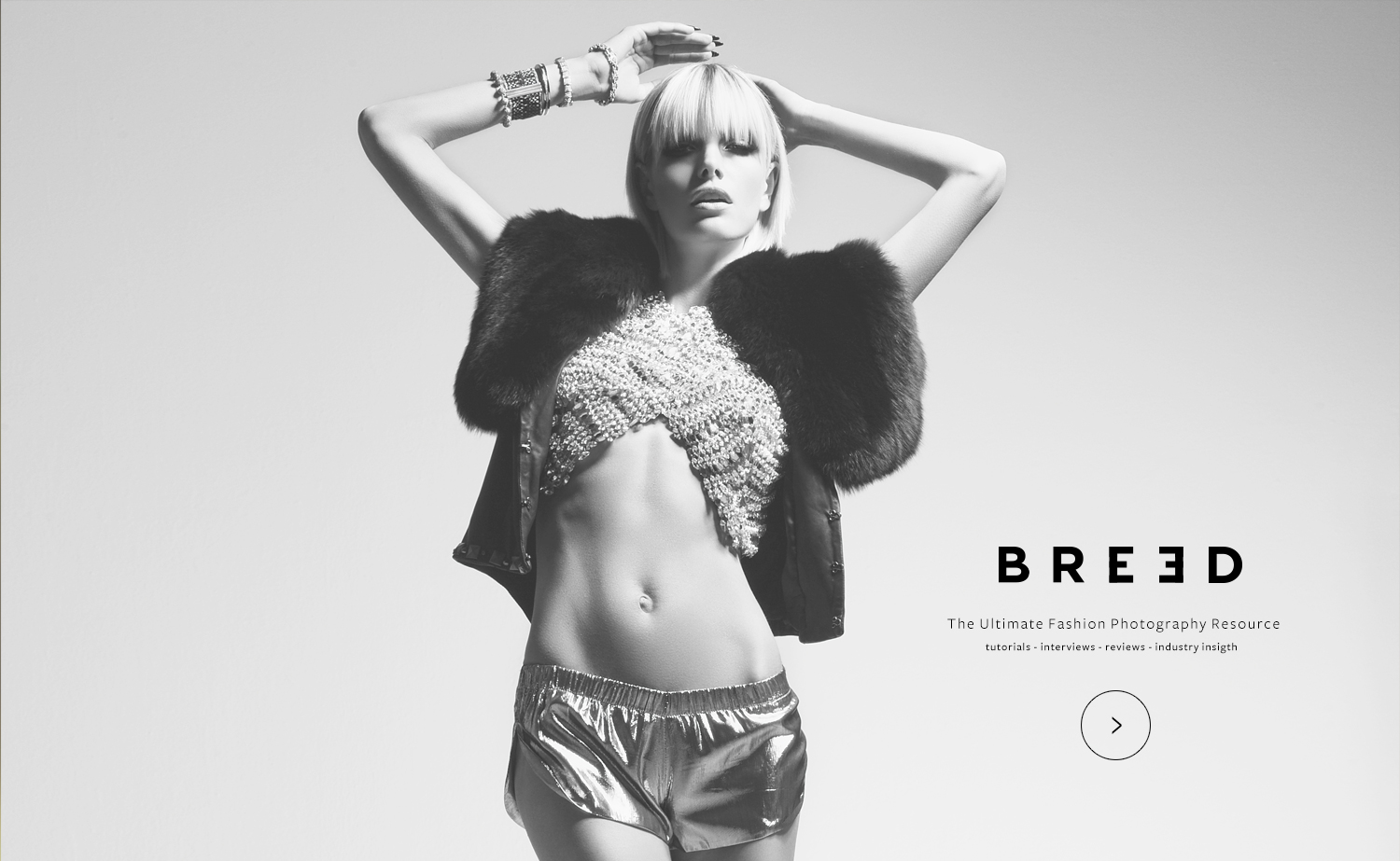 It’s been nearly a year since Hannah Sider made her debut on Ben Trovato with Radio Active. Today she’s back with another amazing editorial, this one featuring Charlie @ Ford, styled by Von Ford, and with hair & makeup by Kim Weber. We asked Hannah a few questions about Bad Girls Do it Well:

Could you describe the story in your own words?
I was feeling a bit sick of the traditional boring product photo shoots and post-production editing and wanted to create something that was inspired by a lot of the deglamorized and disheveled trends in fashion photography that were popular the nineties. Corrine Day, Vincent Gallo, Mario Sorrenti, David Sims, and Hedi Slimane were all influential. We shot around a couple rundown housing projects and in some old New York buildings. Von was able to style sophisticated pieces, like a beaded Givenchy dress, in a way that fit that grunge aesthetic. Charlie played the role of a cynical girl who probably rolled out of bed in last night’s outfit.

How was it to work with a beauty like Charlie?
Charlie and I had shot together before - it was actually the day that she first arrived in NYC from Australia. Not only did she have a fierce look but she was very friendly and easy to work with. She's also the one that taught me an industry secret about eyebrow razors "a face razor works perfectly for finishing touch flawless shaving on your peach fuzz". I knew that I wanted to use her again for this and Von had also recently come across her portfolio and wanted to shoot her. She was a good sport - lying on a crumbling wooden deck, walking down 10th avenue in a sheer dress and getting covered in vaseline in order to get latex gloves on. We had a lot of laughs while shooting.

You brought a great team together, have you worked together before?
It was the first time that Von and I had worked together and I loved working with him. He chose some incredible pieces that were totally on point with the vision that I had. Kim Weber and I have worked together several times, ever since we became Instagram friends that decided to go for frozen margaritas one day. We had good chemistry as a team and we were all happy with the finished product.