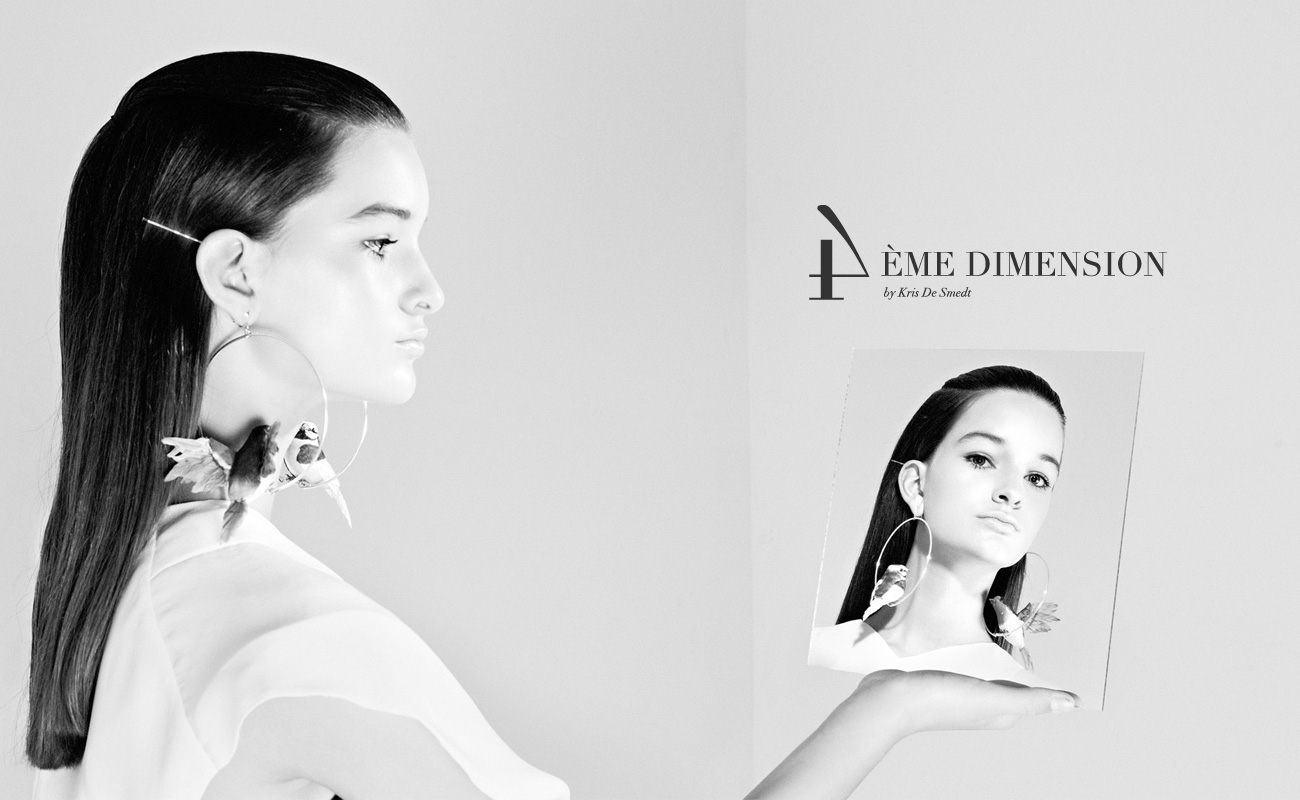 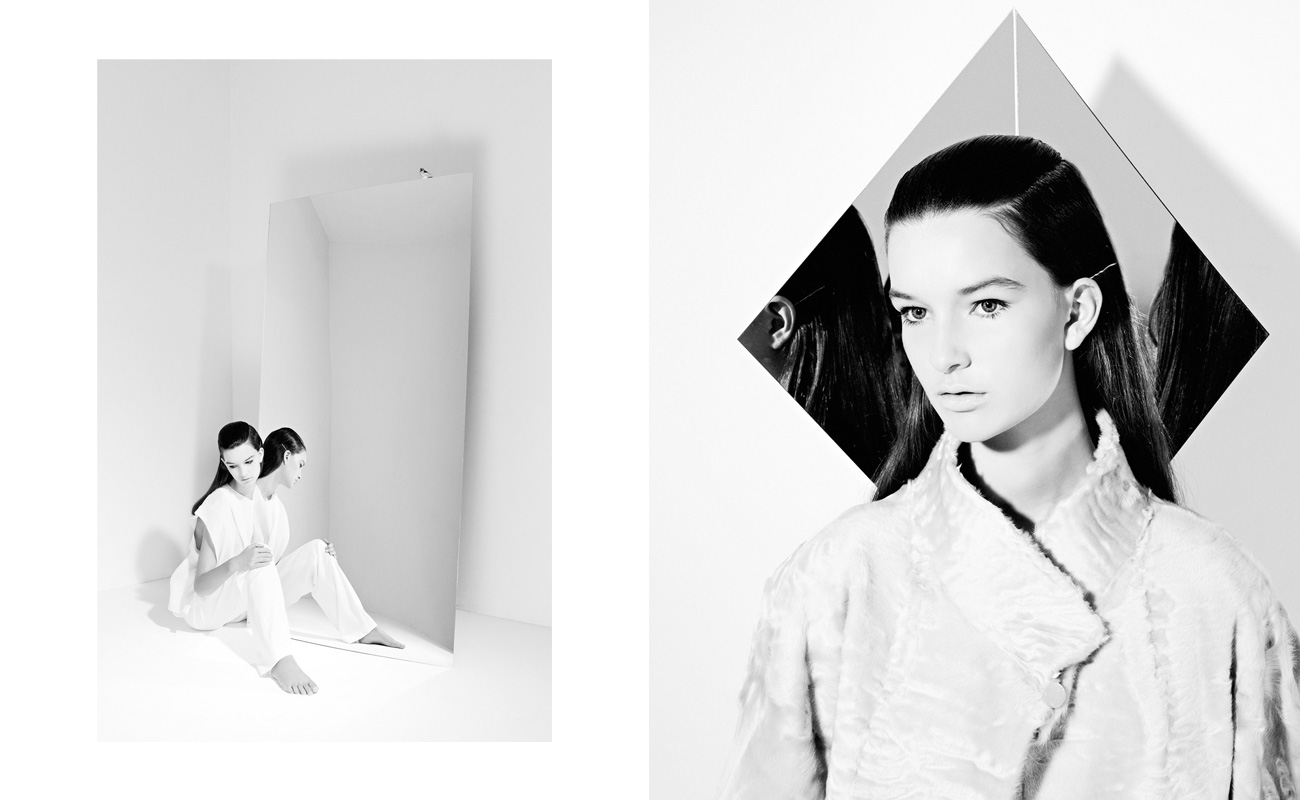 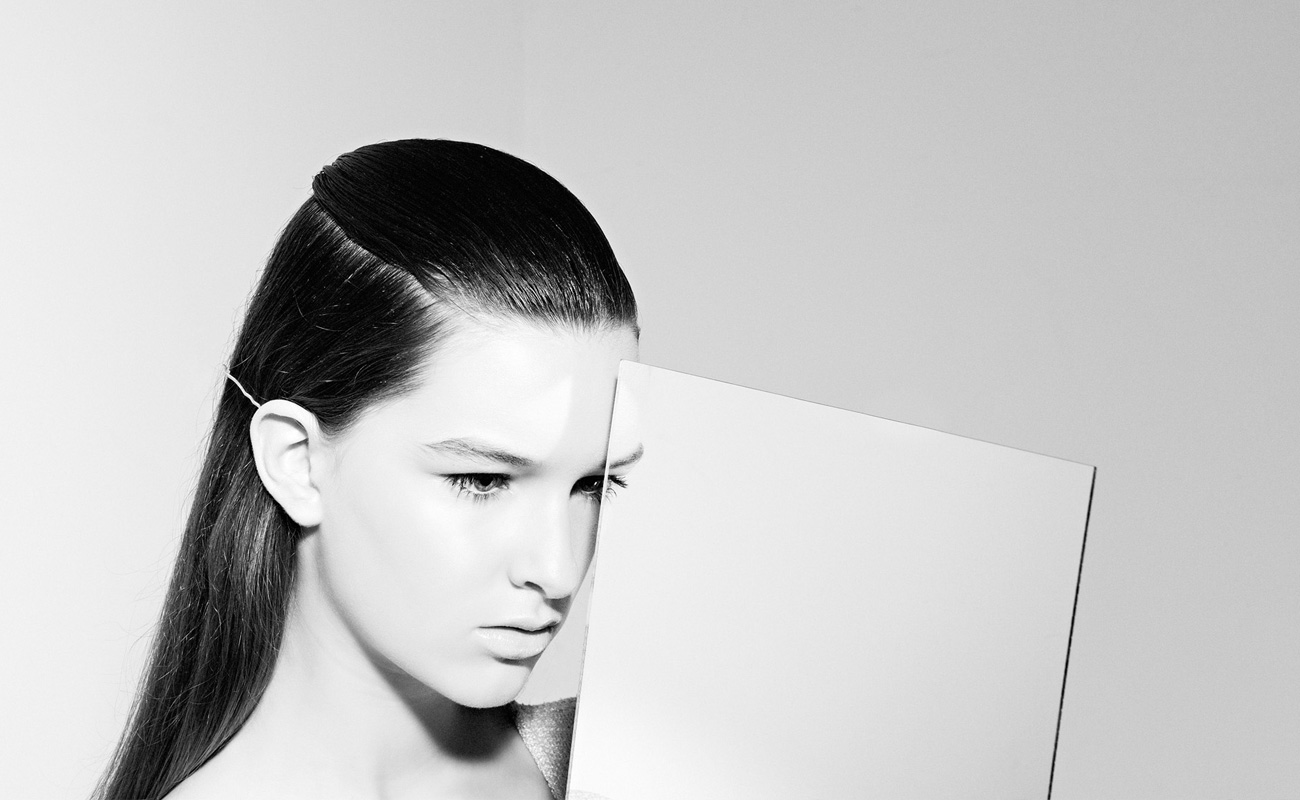 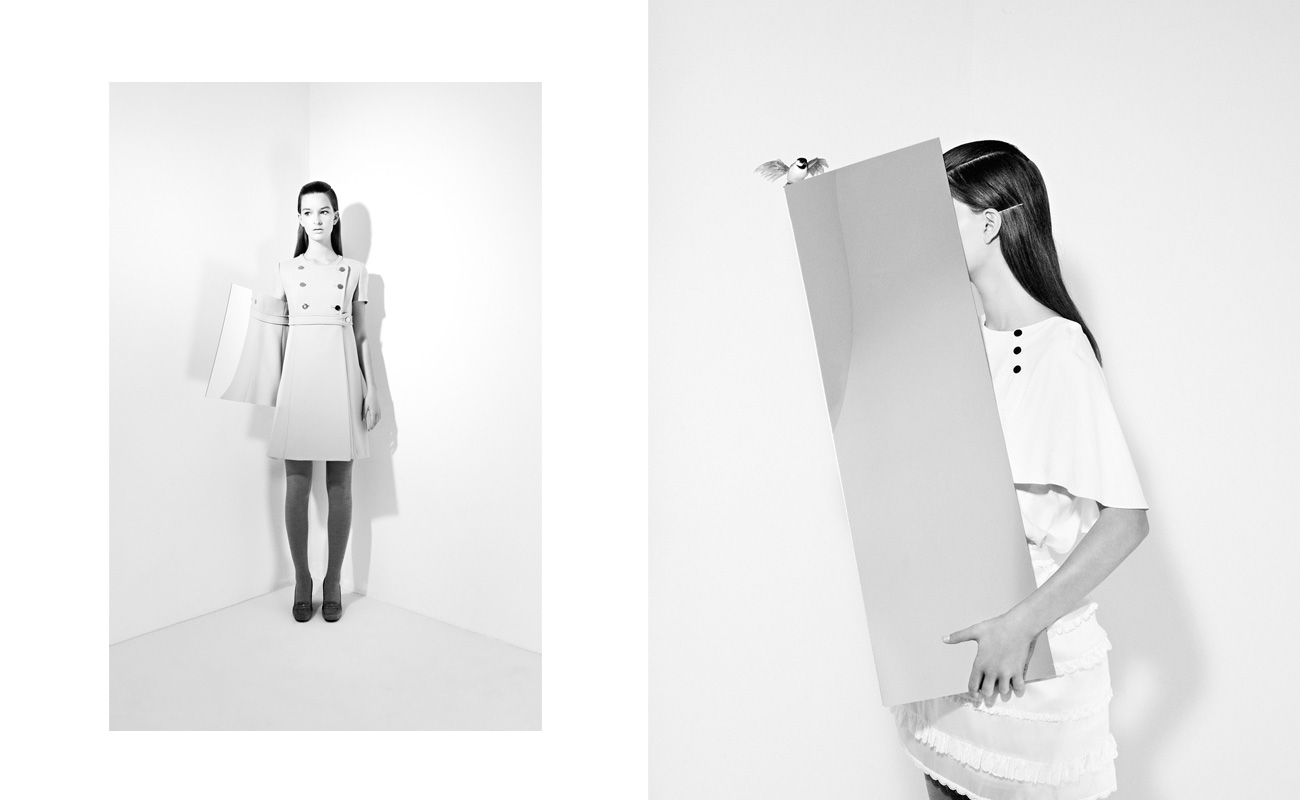 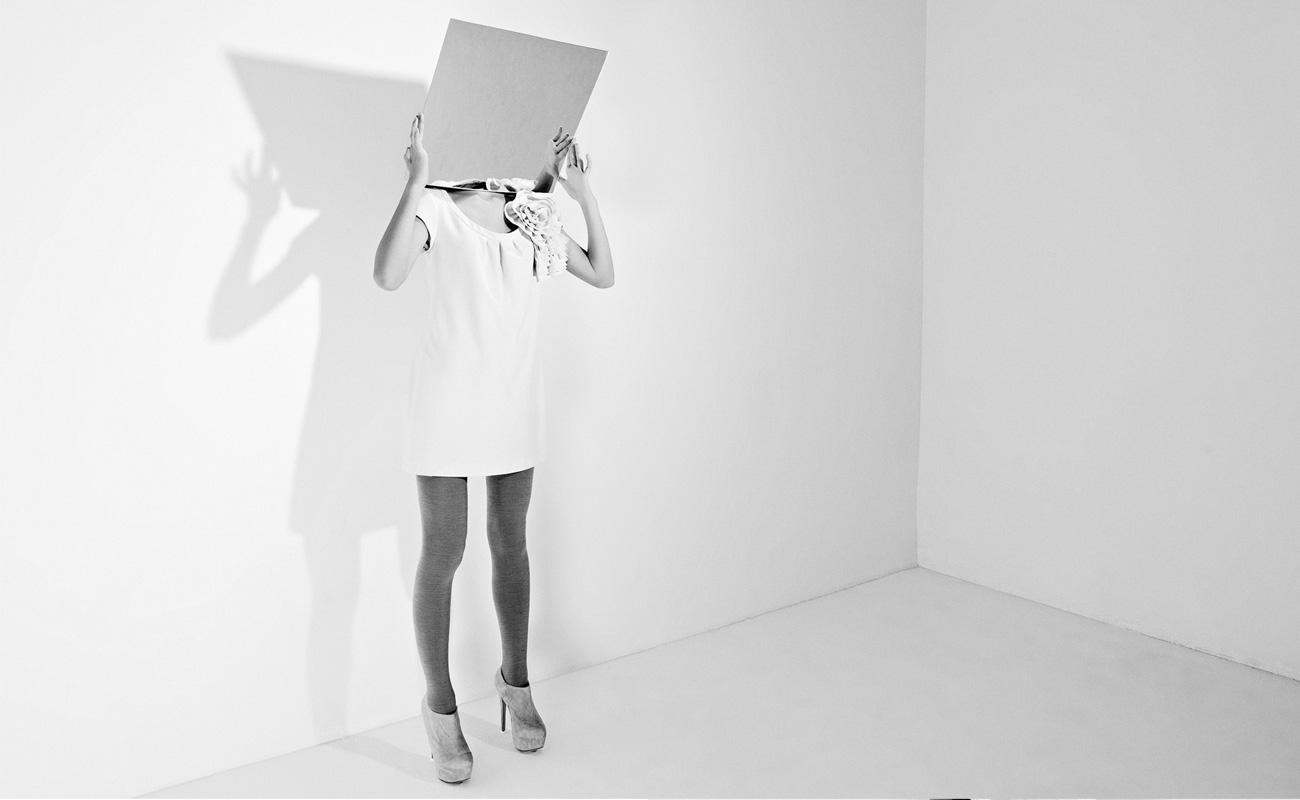 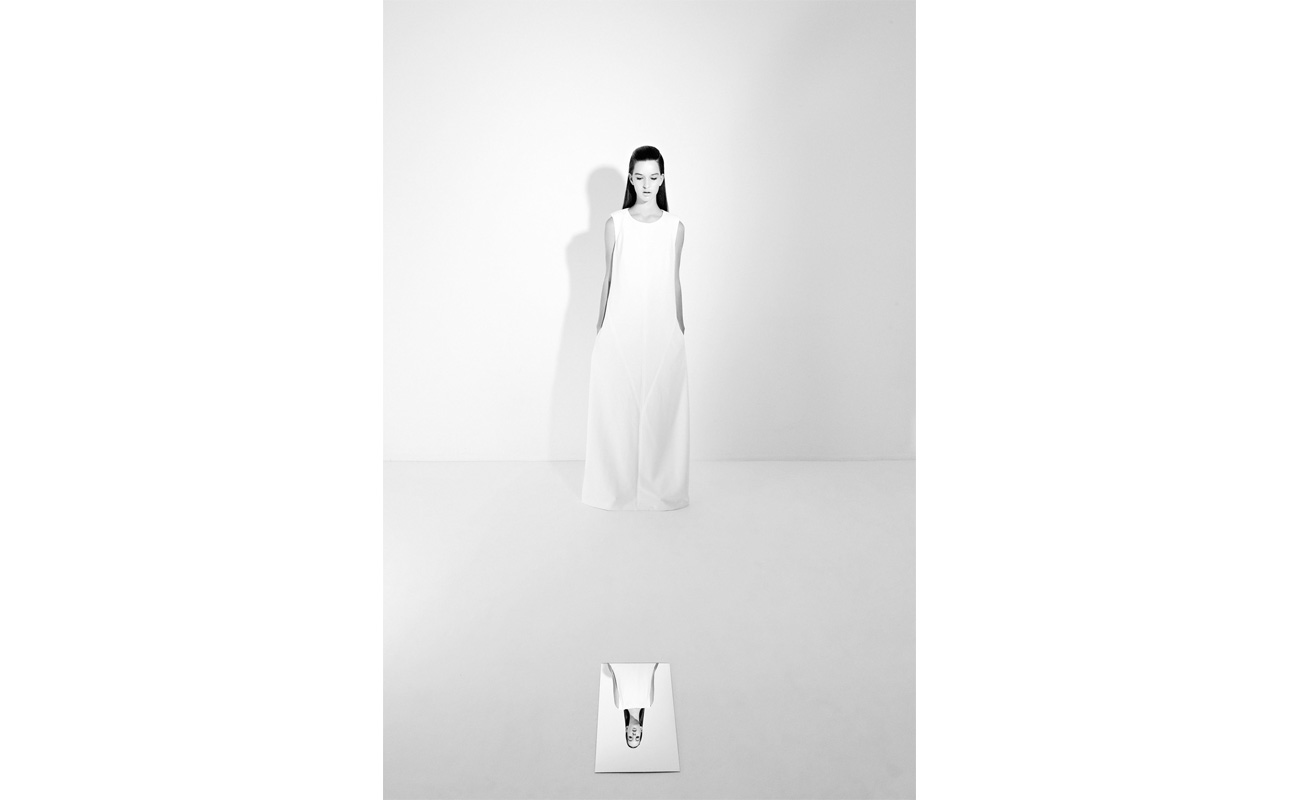 Back in June 2011 Kris De Smedt blew us away with his first exclusive for Ben Trovato, Low, featuring Stephanie Frederickx, paying homage to David Bowie. De Smedt’s reactive concepts have always been razor sharp, and today we’re releasing his second story for us, 4ème Dimension.

Please describe your story in your own words.
The best way to describe it is by these words of Rod Serling:

“There is a fifth dimension, beyond that which is known to man. It is a dimension as vast as space… and as timeless as infinity. It is the middle ground between light and shadow, between science and superstition… and it lies between the pit of man’s fears and the summit of his knowledge. This is the dimension of imagination. It is an area which we call… the twilight zone”

What other sources inspired 4ème Dimension?
The Twilight Zone and of course Anne Francis -we really love her ‘innocence.’

Tell us about the location and how it tied in with everything.
I really like The Twilight Zone’s quirky approach to the aspect of ‘future’ and ‘dimension’. I wanted to create portals to another dimension by using mirrors. We ended up using a white empty room, because we liked the ‘minimal’ feel it would give to the pictures

What’s so intriguing about reflection and mirrors?
Visually I like their graphical qualities, the ability to change perspective in a picture. All the connotations that mirrors have are just free gifts.

Fionna looks amazing and seems to tie well into your concept, how was she to work with?
We wanted to work with a very fresh face. She’s a new talent represented by Ulla Models, and we really liked her ‘innocence’. Of course she didn’t know ‘The Twilight Zone’ but after explaining the concept she had no problems whatsoever to turn into a modern day Anne Francis.

Fem Verzelen, could you describe your styling in 4ème Dimension?
Concerning the styling I chose a more “form/shape” approach, and since the images are shot in black and white I was looking for a subtle uniqueness within the clothes. As a colour scheme I chose a white, gold and cream palette to bring attention to the materials and the overall image.