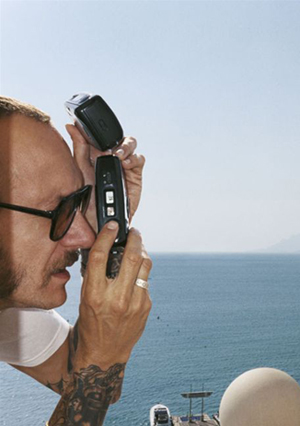 The competition is now over, and the winner has been announced on Twitter!

Ben Trovato is handing out a classic piece of equipment. And not only a classic, but a Yashica T4. Yes, you read it correctly, this is your chance to finally possess the same camera that the NYC based photographer Ryan McGinley used to photograph the iconic Kate Moss in her best poses, the camera that shot Lady Gaga twice for the cover of Rolling Stone magazine, and the camera that is known to be one of Terry Richardson and Juergen Teller’s best kept secrets…

If you’re interested in getting your hands on one of the best point-and-shoot cameras ever made, all you have to do is to share this post on Twitter. Once our Twitter-share button hits 1000 shares, we’ll send the Yashica T4 to one of the Twitter users that tweeted it. Don’t forget to mention @bentrovatoblog in your post so that we know who to pick from!

Let your Twitter followers know about Ben Trovato and who knows, you might be shooting with a Yashica T4 before you know it.