20-year old New York City based photographer Kait Robinson has set a goal to have her work published in a well-known print publication by the age of 25. Today Ben Trovato might take the young FIT (Fashion Institute of Technology) student one step closer to that dream, by publishing her first exclusive story. Sea Child is a beautiful and natural story, featuring Karen Maruszewska from NEXT Miami, with hair and make up done by Aravany Fajardo, and styled by Kait herself.

Kait says this about the story: “- This story came to mind when I took a visit to my hometown in South Florida. There, I had lived most of my life, surrounded by the ocean and beautiful scenery, and had never shot at the beach! I initially saw an old illustration that was a cover of a Harper’s Bazaar issue that showed a woman with shells placed all over her head. I immediately got the idea of shooting something “mermaid” inspired. One of the most important things to me was to ensure that the model had a very natural, organic relationship with her environment. I didn’t want anything blatantly man-made to be present in the story. This is where the name “Sea Child” came into play. I was intrigued by the idea of the model being somehow spiritually connected with the ocean and other things involved with sea life.”

She says she’s generally inspired by music, films, fashion and even just living in New York City: “- I’m constantly being bombarded by hundreds and hundreds of images and visual information. It’s practically impossible to not have a million ideas fluttering inside my head. And then, of course, there are the photographers- Miles Aldridge, Sølve Sundsbø, Tim Walker and Camilla Åkrans. They are all powerhouse photographers who collectively have fueled my determination to become a part of this industry.”

Here’s Sea Child by Kait Robinson for Ben Trovato (including behind the scenes video): 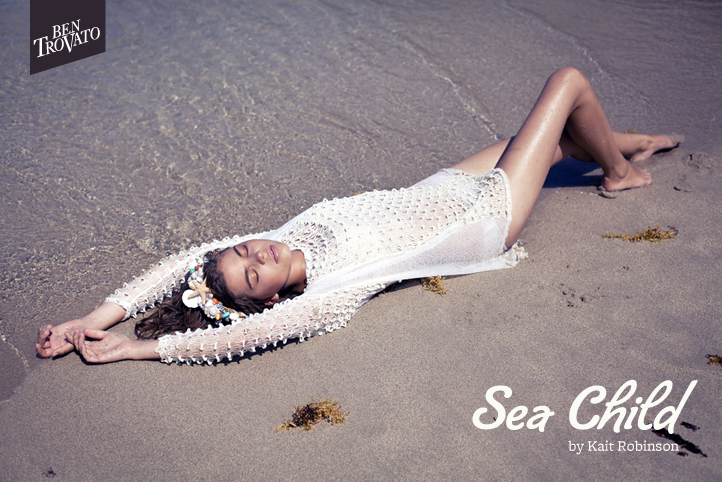 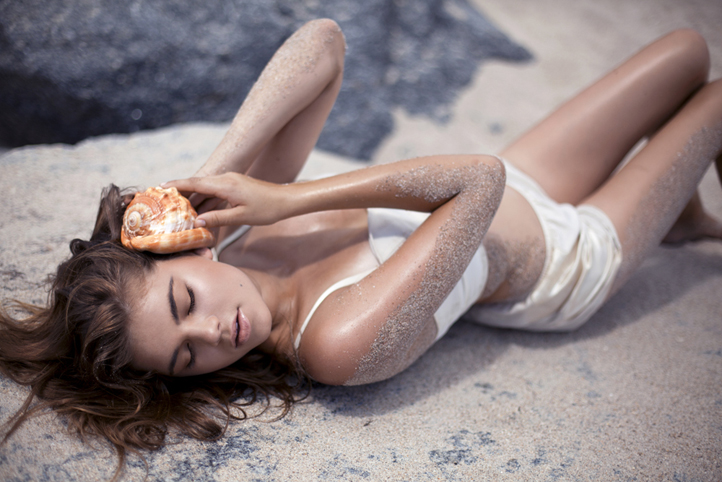 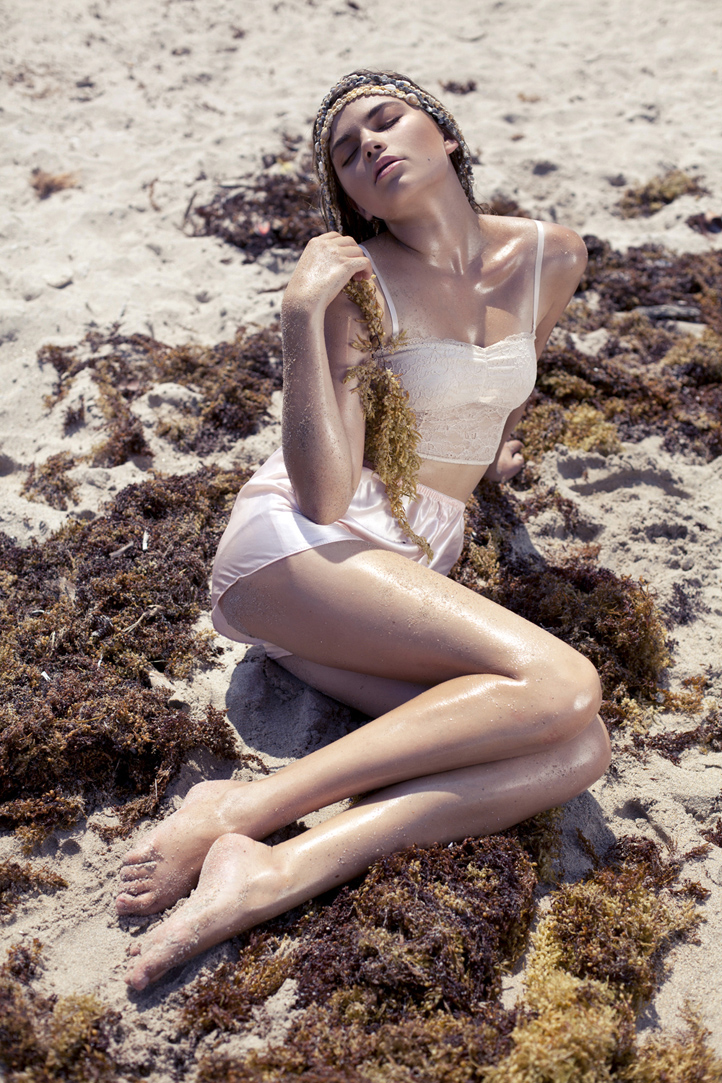 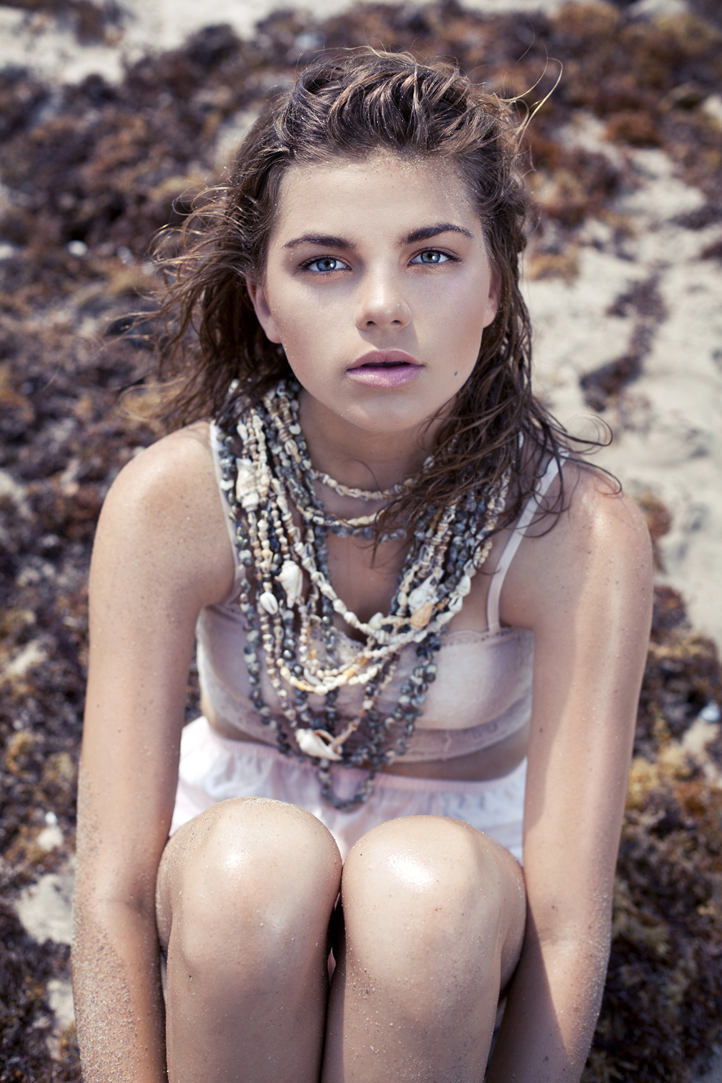