Elouise van Riet-Gray has been shooting for a few years, but it wasn’t until recently that she started pushing it into fashion photography. In fact, if you had asked her a few years ago she wouldn’t even know she was going to make her living of photography at all: “- It took me a long time to work out what I wanted to do for a career and it wasn’t till after I had children that I finally worked out I was creative. Although I must credit my best friend for giving me a photography book for my 21st birthday, she obviously knew me better than I did then. I really love the collaboration and the creative process of fashion due to combination of eclectic creative minds.”

Shooting for a lot of commercial clients, Elouise hasn’t been able to dedicate much time to fashion photography and getting published. But today she’s making her debut on Ben Trovato with a truly magical exclusive story called Lost in Wonderland, featuring wonderful model Lydia Hunt with Viviens Models. Holly Janet Ryan did the styling, while Meg Durrington did hair and make up.

Elouise says this about the story: “- The location was an inspiration for this story. Its at a place called the “Old Museum” in Brisbane. Its just on the edge of the CBD but has this crazy garden. Well cared for by Eduardo, he was so proud of his oversized corn, I had to take a shot in the corn….the one with the blue dress and yellow hat. It initially wasn’t intended to reference “Alice in Wonderland” but it seemed to head that way during the shoot, so we casually pursued the feeling.”

She loves the ability to be theatrical and surreal with fashion photography, and says colors, and especially bright colors inspires her: “- My work generally ends up coming back to strong colours and unusual colour combinations. The photographers who stick in my mind also use bright colours, Greg kadel, Troyt Coburn, but an exception to the rule is Rodney Smith.”

Ben Trovato is thrilled to present Lost in Wonderland by Elouise van Riet-Gray, for Ben Trovato: 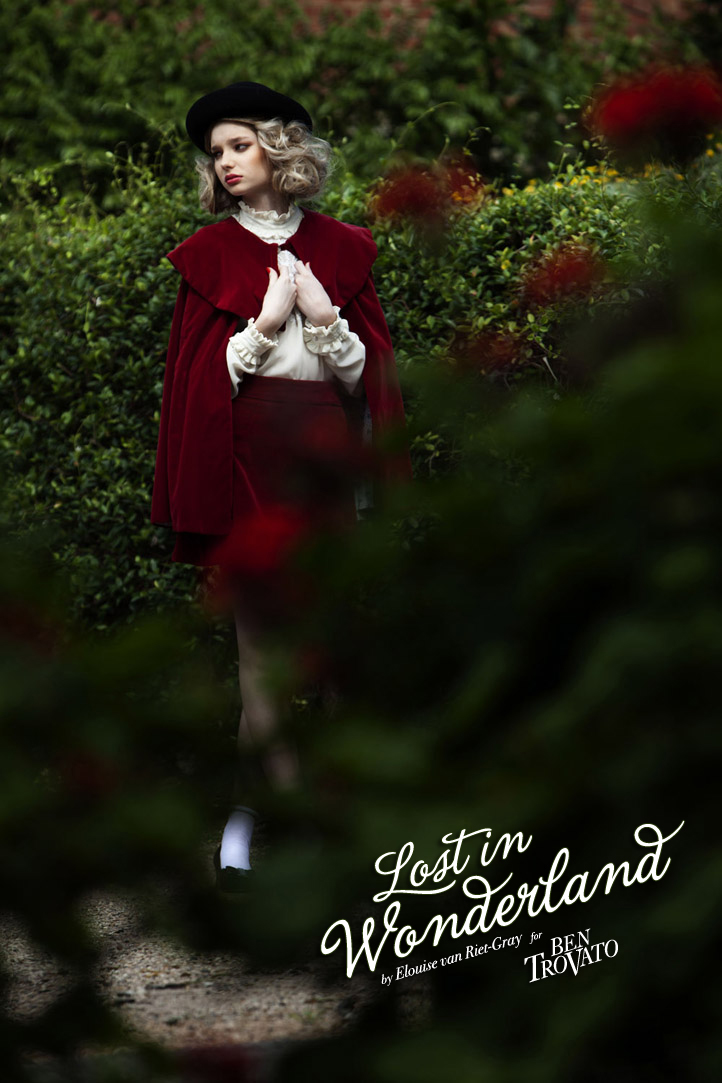 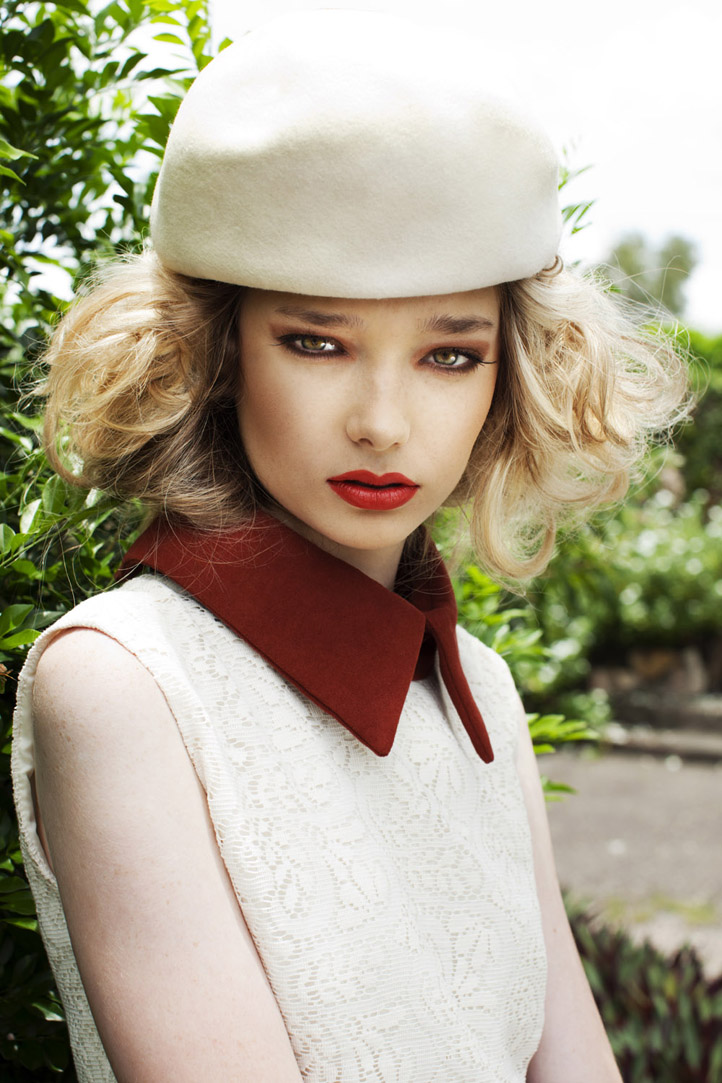 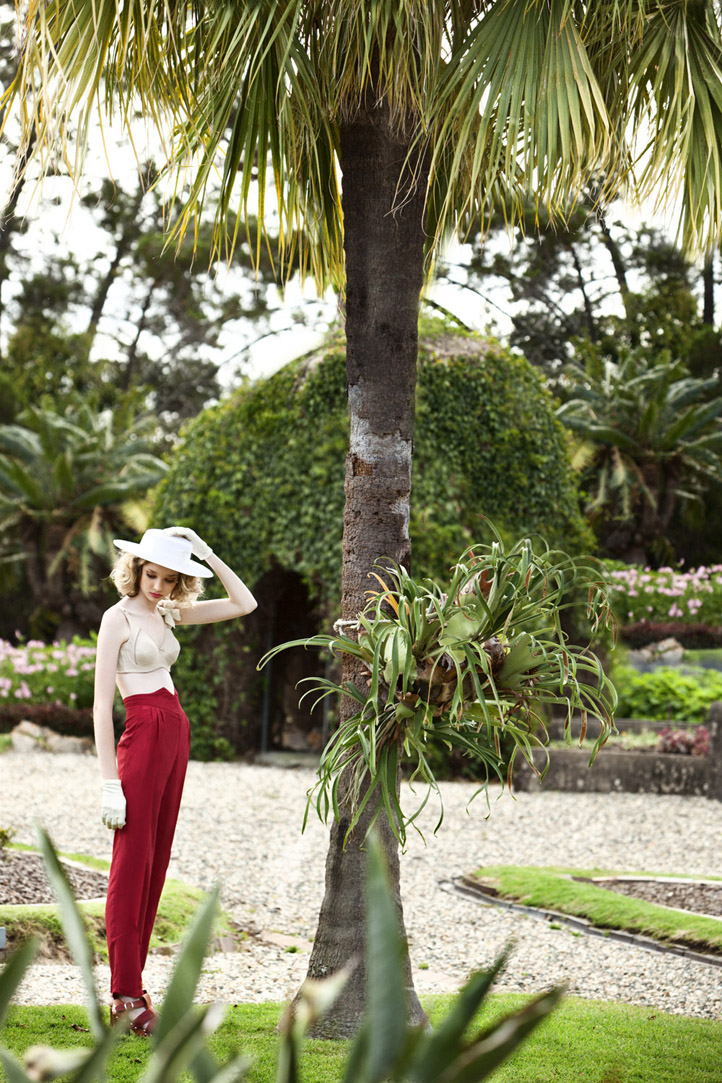 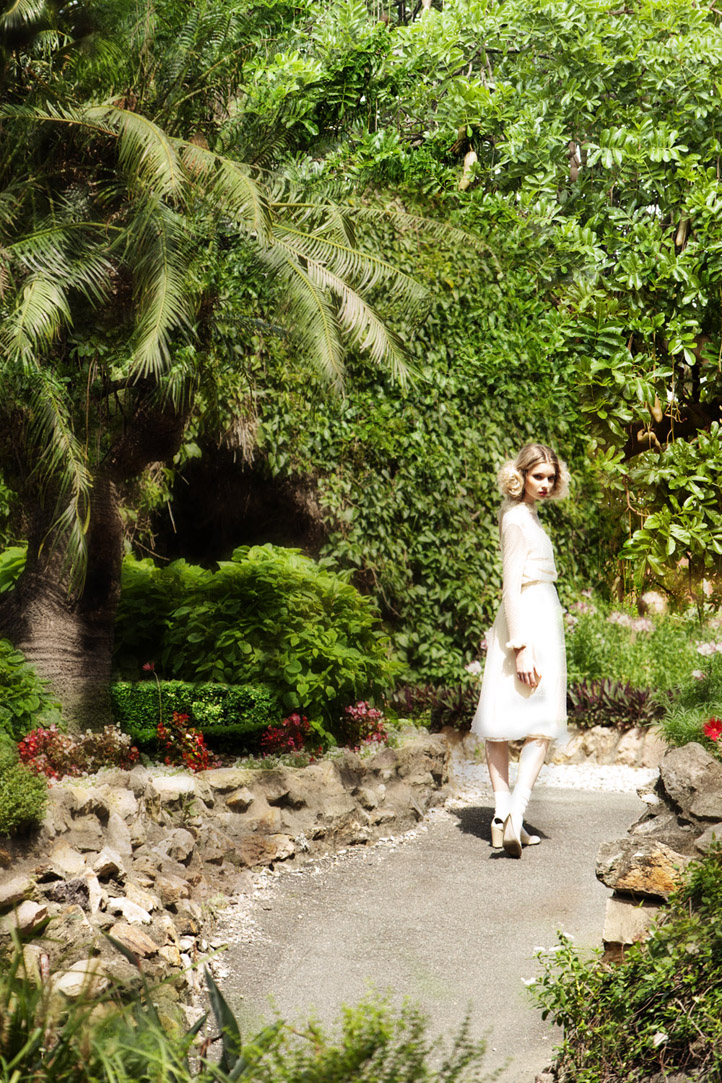 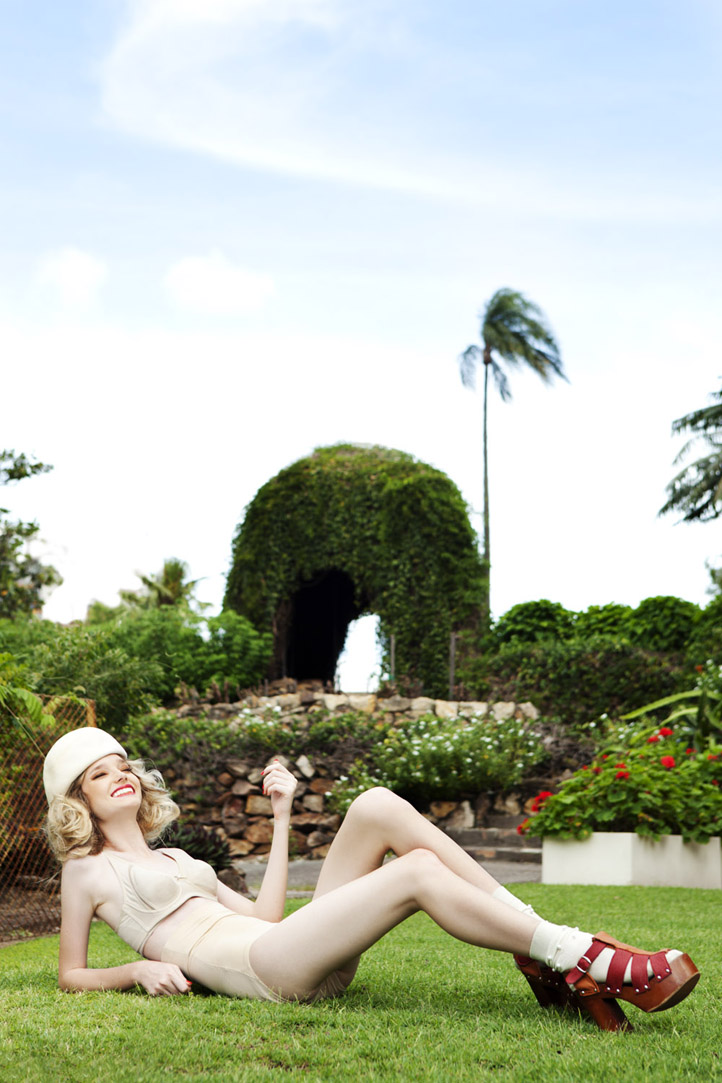 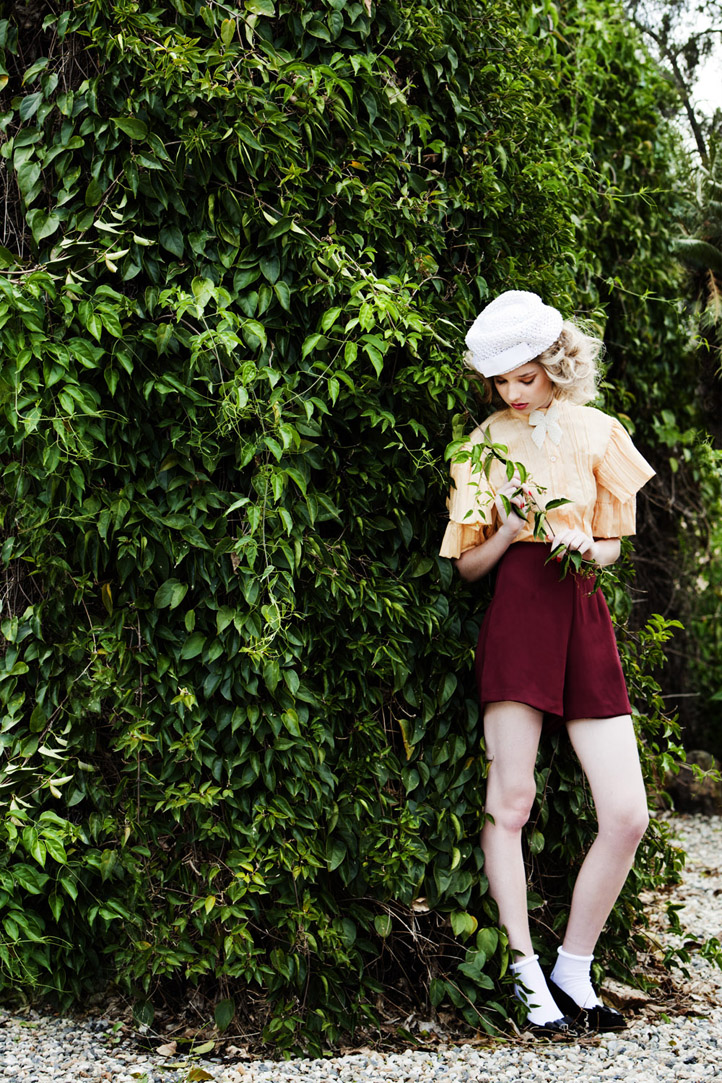 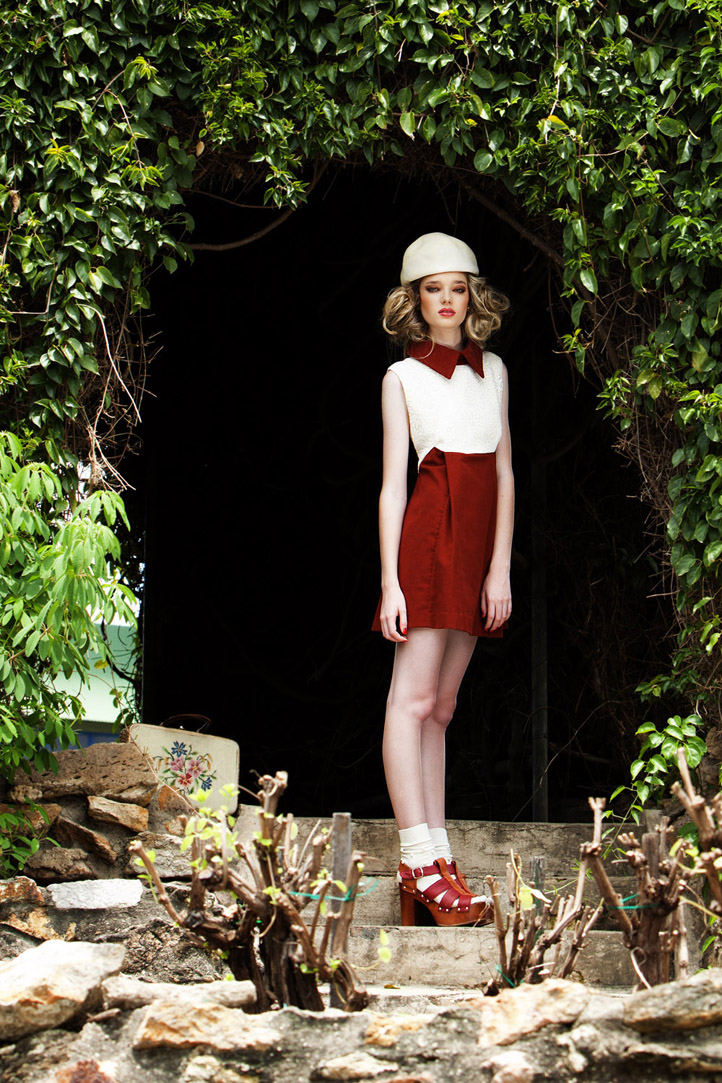 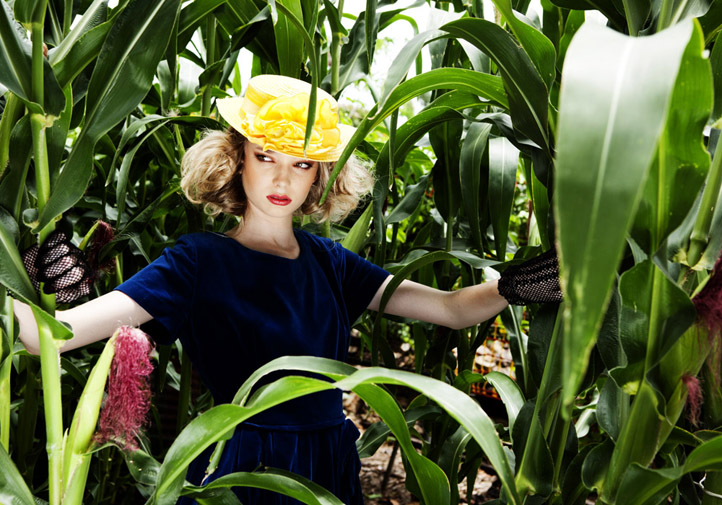 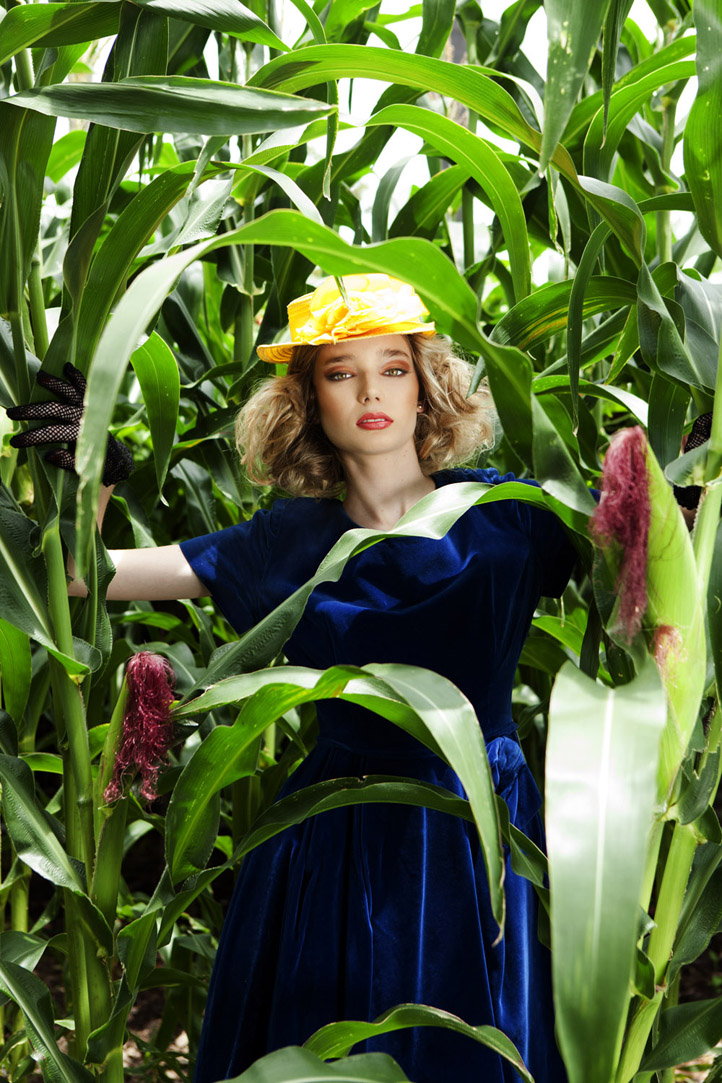 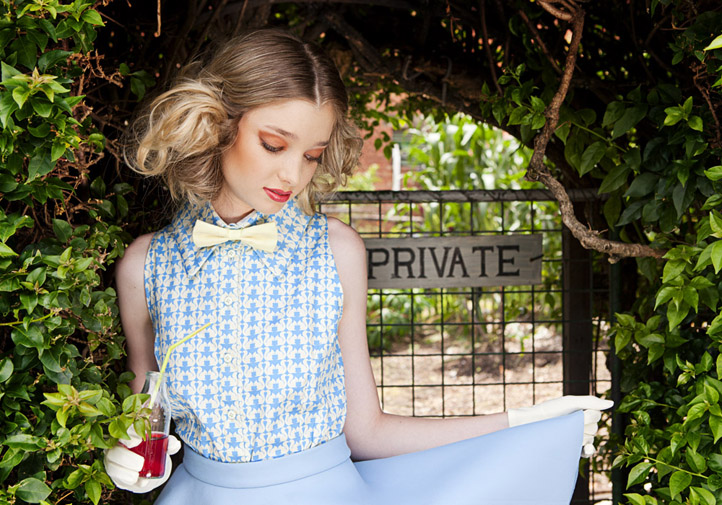 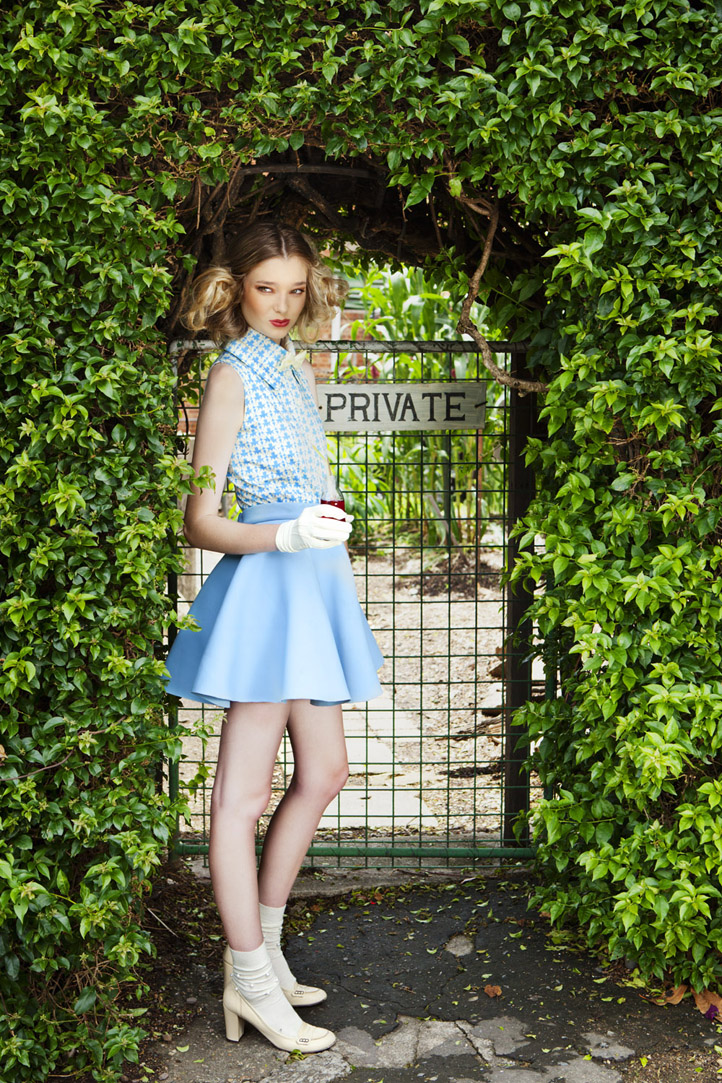 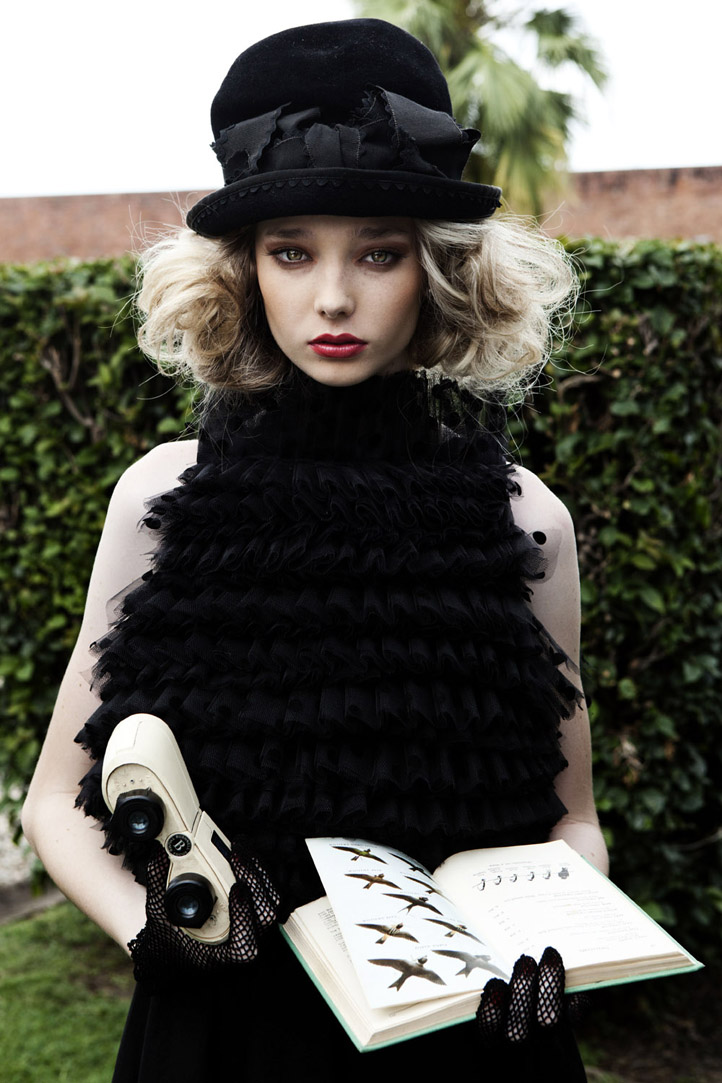 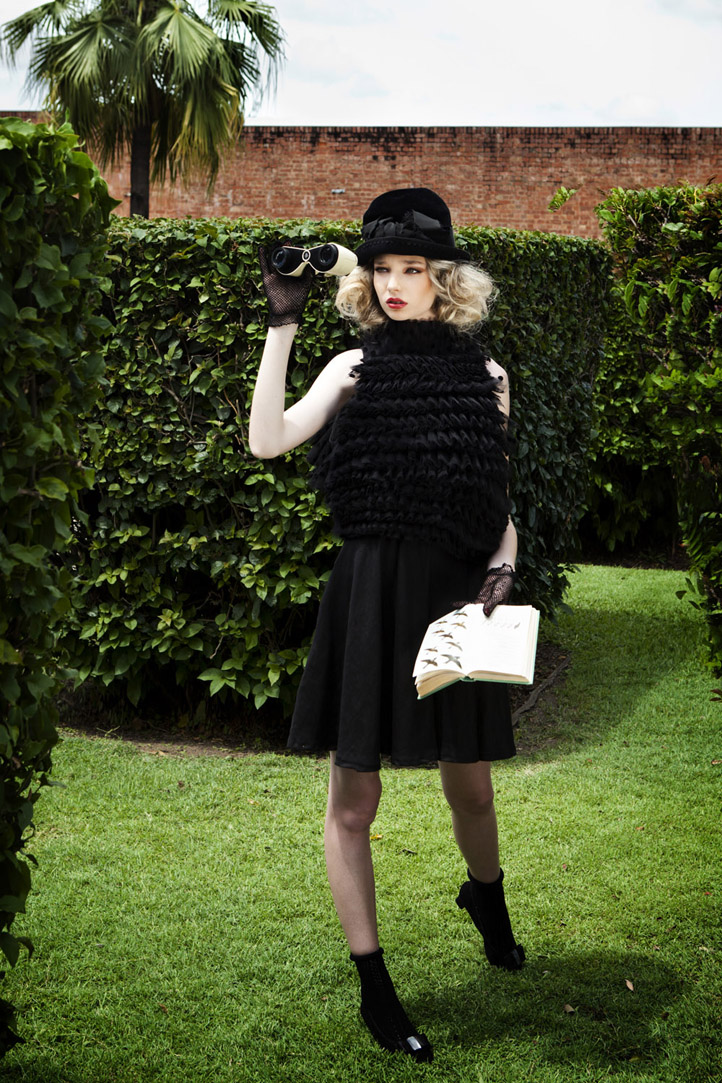