27 year old Finnish photographer Osma Harvilahti was named one of the top 10 up and coming photographers featured on Dazed Digital in 2010, together with Ben Trovato featured photographers such as Sofia Ajram and Yulia Gorodinski. He started playing around with cameras back in 2004, but didn’t actually start shooting fulltime until last year, and today we’ll publish his first ever fashion story, For I Have Sinned, another exclusive Ben Trovato story.

Osma describes the story: “- The shoot took place in the beautiful Parc Monceau of Paris. The concept of the shoot was inspired by the idea behind the collection, created by fashion designer Katja Luostarinen living and working in Paris. Her collection was inspired by the style of early 1800′s dandies and the conception of sin, how it can be something very tempting but at the same time a huge burden. Creating strong contrasts between crisp white and destroyed black resulted something that could be described as dark minimalism. Together with designer Katja Luostarinen and model Simon Nygård, we shared a vision of this dark and emotional story. Due to bad weather conditions the shoot became very spontaneous and I actually ended up shooting all in all just 3 rolls of film (45 shots).”

He is usually inspired by belated photographers and their work, but mentions new materials, old futuristic technology, bright colors and beautiful girlfriends to be just as important.

I believe Osma’s one of the true up and coming and original photographers in the business, and I admire the passion he is showing for the art. After all, the first few words Osma said to me were: “- I love photography and I spend most of my time thinking, talking or dreaming about it.”

Here’s For I Have Sinned by Osma Harvilahti, for Ben Trovato: 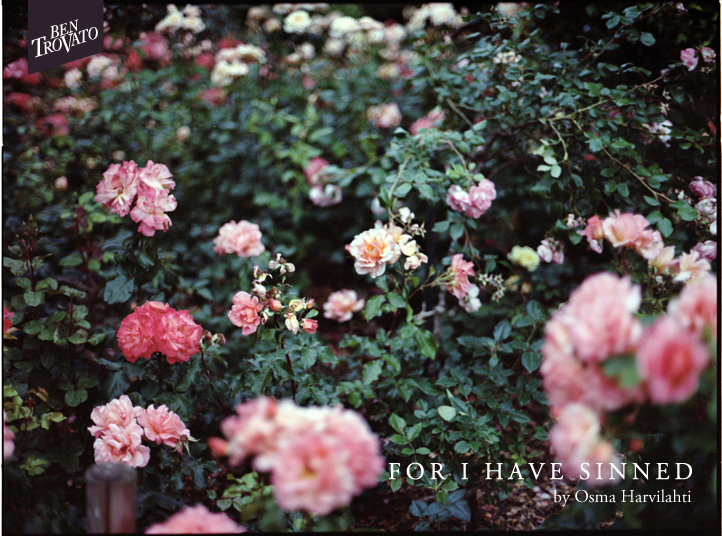 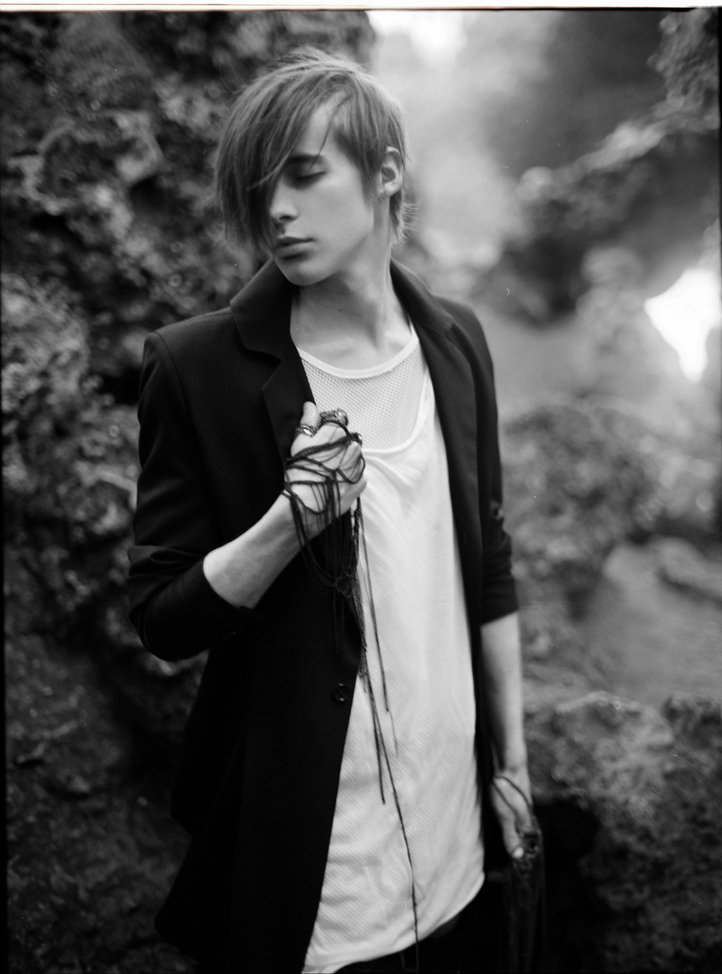