Inspired by the movie Tron: Legacy, Los Angeles based photographer has shot his first exclusive for Ben Trovato. End of Line features model Ayten with Otto Models, who had make up done by James Vincent, nails by Naja at Extremedys2012.com, and was dressed by Ashton Michael, who’s actually been featured on Ben Trovato before, in Michael Barr’s Space Invader.

Brandon says this about the story: “- I knew that Tron: Legacy was coming out within the next year so I created a beauty shoot that was inspired by the clean lines of the digital backgrounds and the overall blue tinting of the movie. I always strive to do as much work in camera as possible and I try to shy away from a lot of post compositing. In the case of this shoot, I had the backgrounds built from scratch and was able to manipulate the amount of light that came through and illuminated the designs on the walls. James Vincent, my friend and colleague, did a great job on the makeup, giving the model a natural, futuristic glow. Ashton Michael also did a great job custom making much of the wardrobe for the shoot. The rest was just a lot of great lighting from my crew.”

Brandon has had his work published in publications such as Zink, Inked, Teen, and Vampd, and says he’s inspired comes from a variety of sources, including comic books, illustration, light, art, architecture and graphic design: “- and I am a fan of clean lines and current colors. Probably the most influence on my work is from cinema. I have a background in video and editing so a lot of movie style qualities can be seen in my work.”

We are proud to introduce to you, End of Line by Brandon Showers, for Ben Trovato (PS. post includes a behind the scenes video from the shoot): 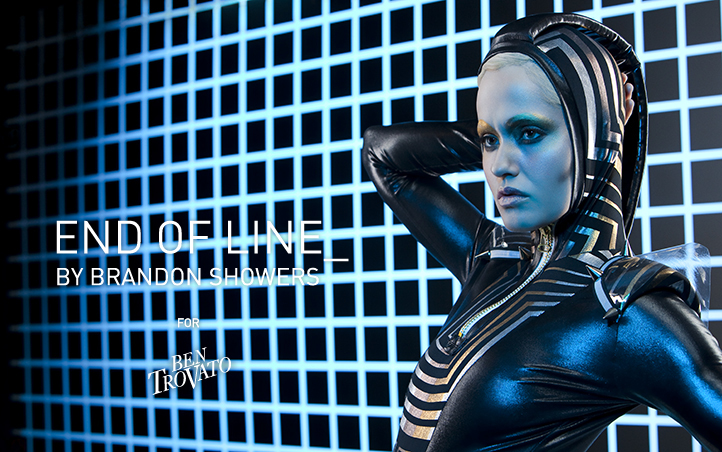 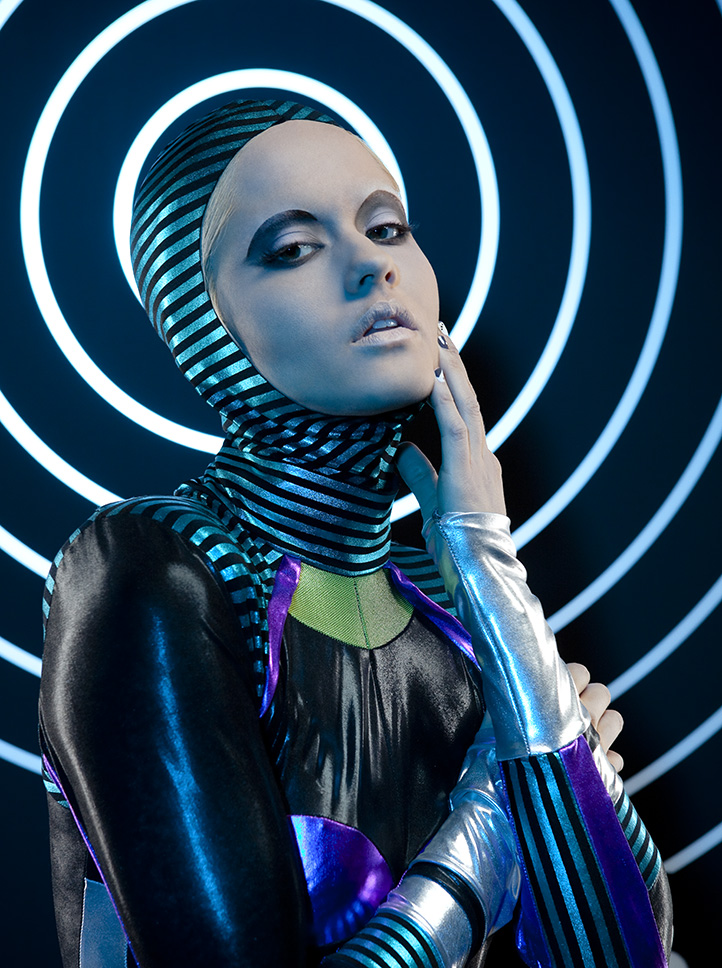