As stated earlier today in Nicole Hill’s A Ben Trovato New Years Eve, we have reached the end of an amazing year of change, not only for Ben Trovato, but also for many of the amazing artists we’ve worked with throughout 2011. Nicole Anne Robbins is one of them, and here at Ben Trovato we are ecstatic that we’ll be entering the new year hand in hand. Nicole Anne and her team collaborated with Wildfox to create a great 2011 grand finale on Ben Trovato, a New Years eve story with video and stills entitled New Beginnings 2012.

“2011 has been a whirlwind for me,” Nicole Anne says when we ask her about her 2011. “It started with me alone in my boyfriend’s home watching his cats in Los Angeles, to filming my second birth of a baby girl, to bonding with new friends, letting go of old friends, having work boom in Los Angeles, spending time with family and friends, playing in the mountains in California countless times and seeing so much beauty in nature, to moving to New York in June and then leaving ALL of that behind… all of the regular jobs, my beautiful family and my loyal friends and my lover to really push my career which is funny because my first shoot I did in NY ended on Ben Trovato.”

After her first Ben Trovato story The Virgins she confesses she fell into a bit of a New York haze depression. “It is really easy to do when one first moves here, but I shot myself out of it and am back emotionally ready as ever for 2012, which I love to keep saying is the beginning of the end of the world.”

The beginning of the end of the world to me means that the projections I have, the fears I have, all that negativity that is in my life is no longer, and it is a new era for me.

She reveals she has a few great projects lined up for the new year, and says she’ll focus more on reality and less on imagination in her real life: “We spend so much time hating ourselves, and not thinking we are good enough, but 2012 is a time to rejoice and begin to love ones own self completely without the desires of validation from others. It is that desire for someone else to qualify us that destroys artists. ”

And what’s better than manifesting these resolutions in what she does the best: shooting real and unique stories. Cierra, Kersti, and Jelena with Muse NYC, and Ryan and Rodrigo with Next Models NY joined Nicole Anne together with hair- and makeup artist Risa Robins-Maloney and fashion stylist Alondra Cruz for the production of New Beginnings 2012. “This was a special team that I worked with, as the stylist, Alondra, I have not worked with before, but she has been my roommate for the past few months and she has incredible style. The hair and makeup artist, Risa I have worked with and began a friendship with and she knew very quickly the vibe I was going for,” Nicole Anne says. “The models I had no idea who they would be as individual people until they arrived on set, and I could not have been happier with the results!”

The story is a result of a great collaboration with the people over at Wildfox, and stylist Alondra has only good things to say about their fashion: “- We went for a simple and stylish look for all the looks, we wanted to make sure the Wildfox pieces stood out and they all looked cohesive. Wildfox knits are amazing, they added a lot of drama without being too overdone for the setting. Who doesn’t love having a party in your room while wearing a maxi petticoat? Another favorite of mine were the Hendrix pants with the bird print, they are as comfortable as sweatpants while capturing all the glam of the 70′s.”

Nicole Anne used an old Rebel XT1 which she says she secretly love, and a guerrilla style pink video camera for some of her video shoots: “- I needed the models to hold both cameras so they felt in the moment, and also to give a feel as though they are not “MODELING” for me.” 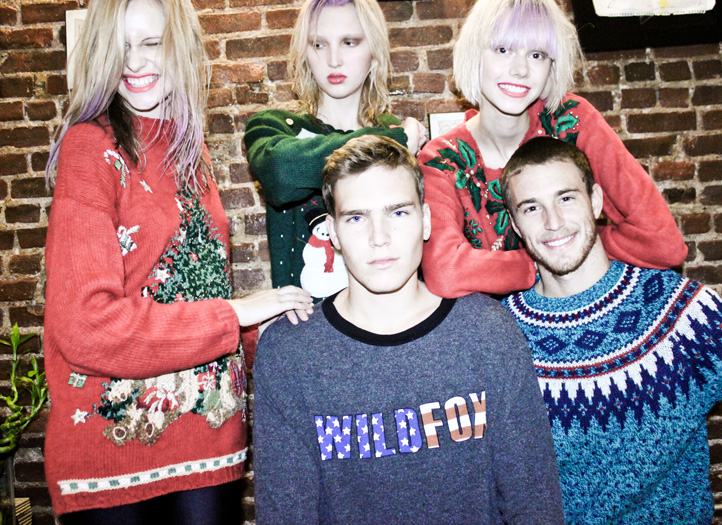 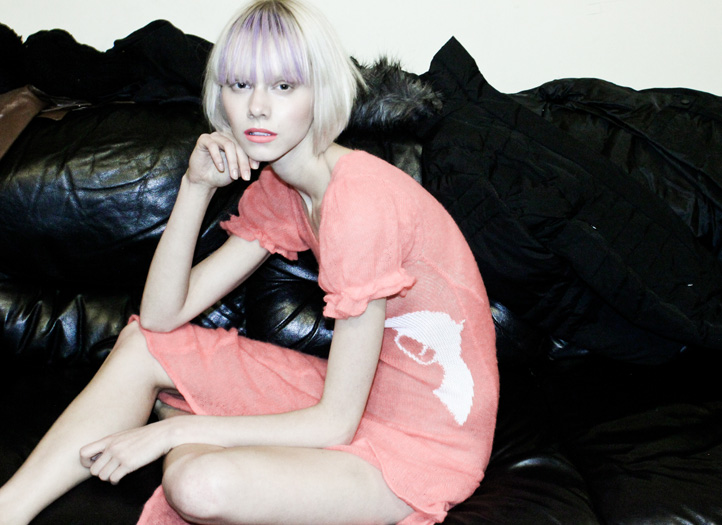 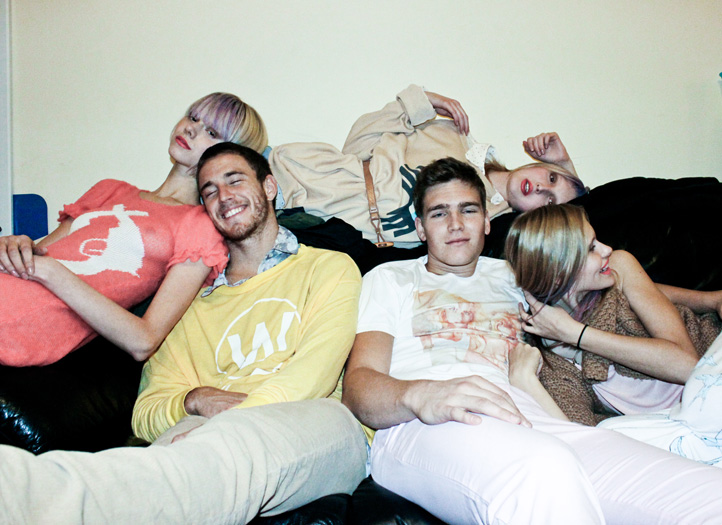 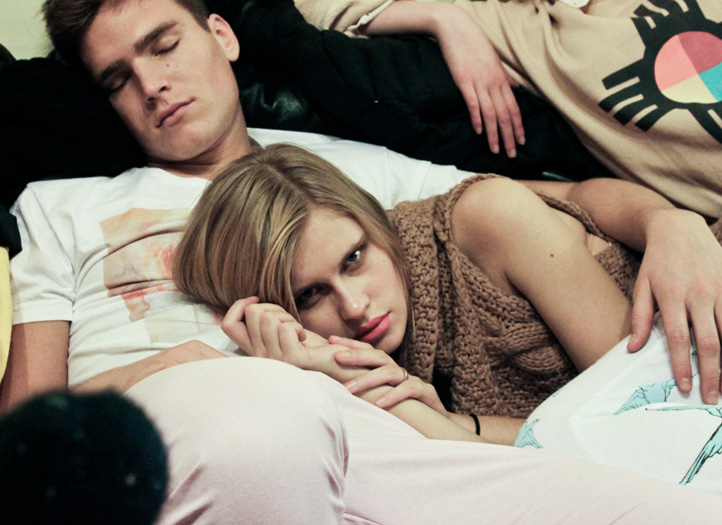 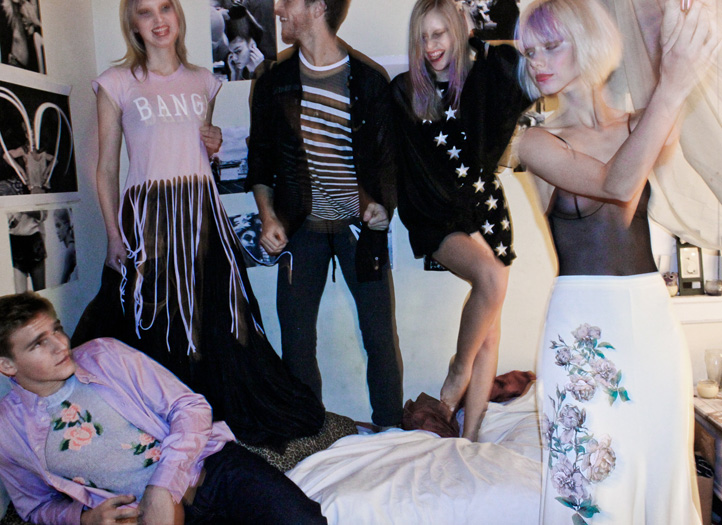 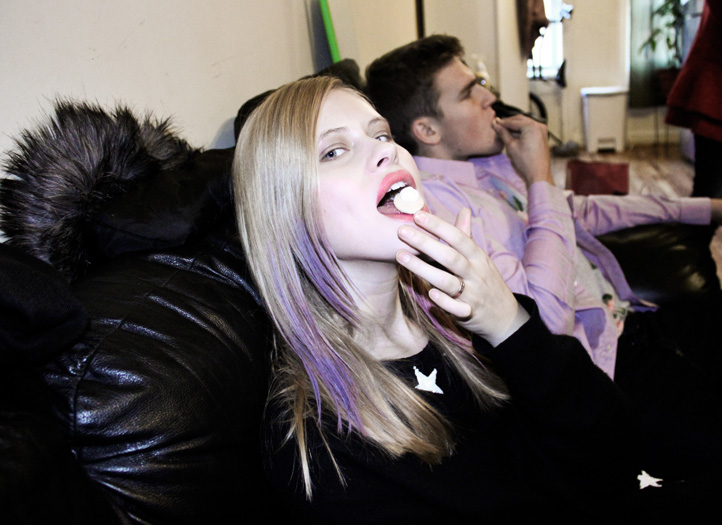 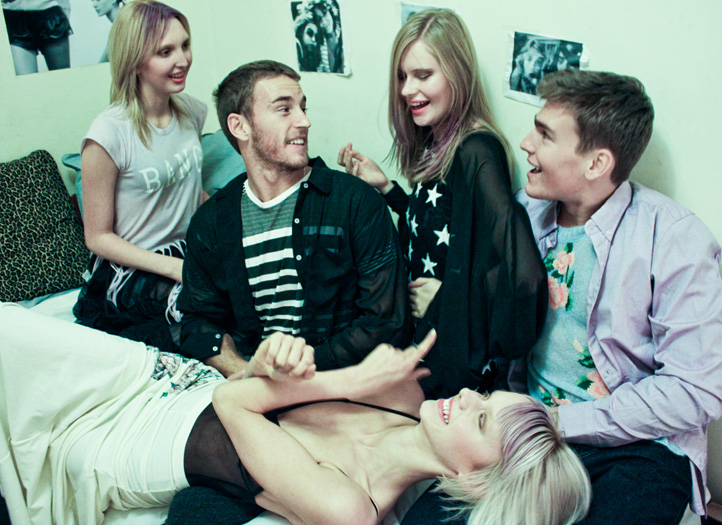 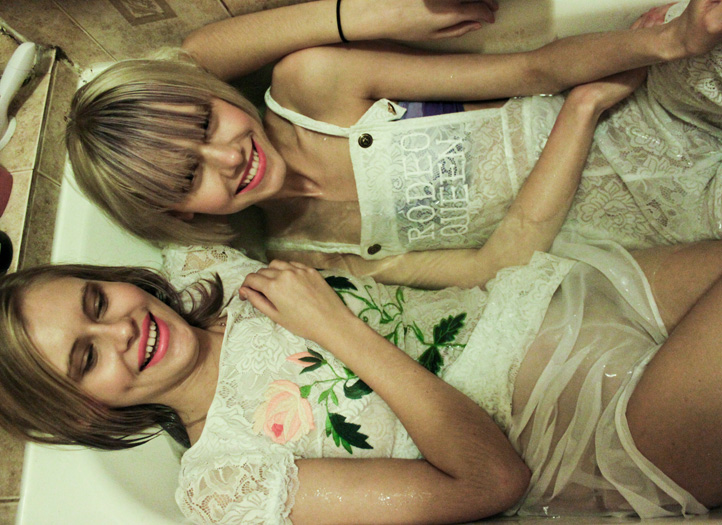 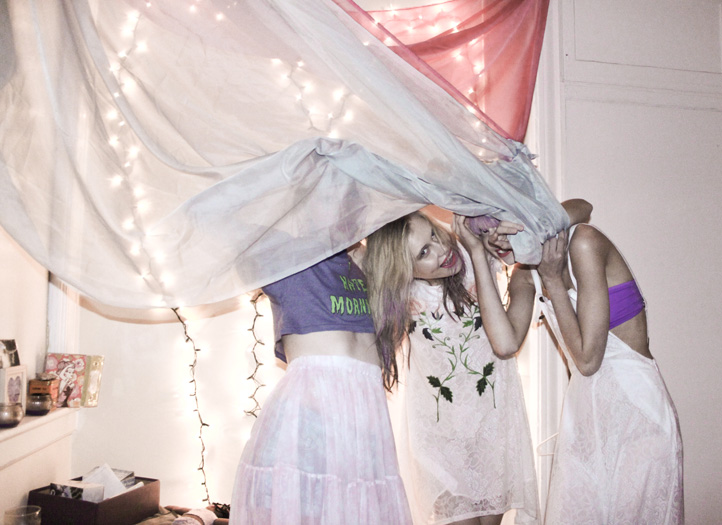 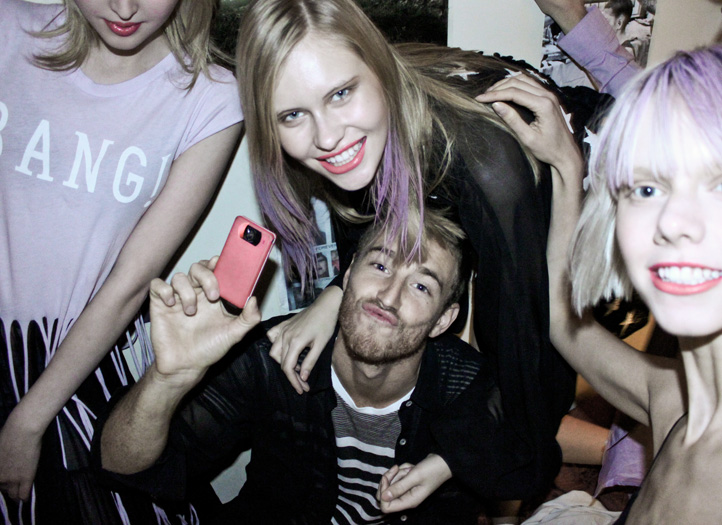